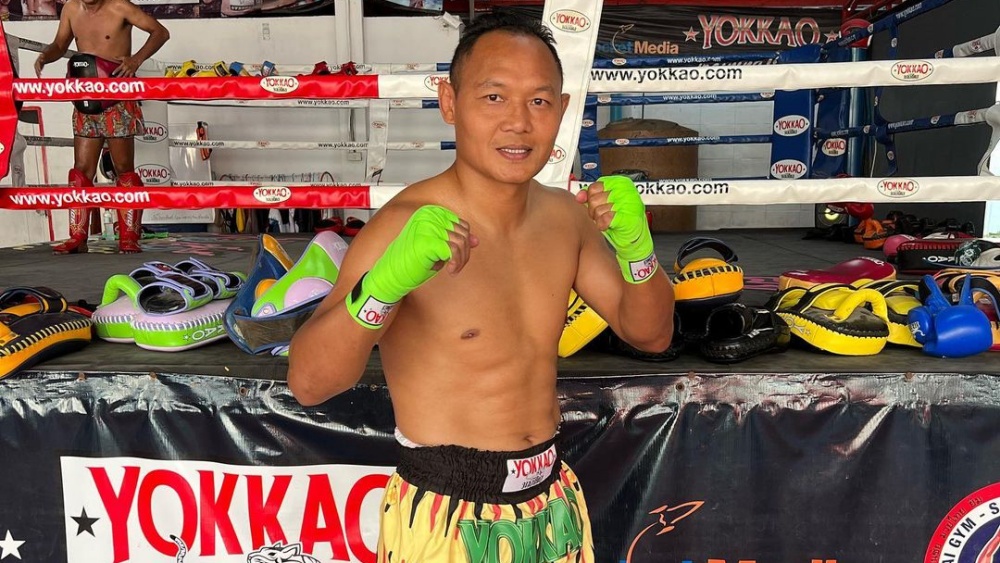 Elusive Muay Thai fighters are incredibly exciting to watch in the ring. They generally have a high fight I.Q., can seem like they dodge most shots thrown at them, and find prime opportunities to land shots of their own on their opponent. If you are hunting for some incredibly elusive fighters to watch, follow, or emulate, then you’ll want to check out this list of 5 of the most elusive fighters in Muay Thai history.

Lerdsila is one of the most elusive fighters in history. His impressive 100-win streak, coupled with his belts across multiple weight classes and fight organizations, further proves that his elusive style was highly effective and highly refined. He has a playful personality and likes to taunt and smile at his opponents throughout his matches.

When Lerdila enters the ring, it’s almost as though he enters the Matrix, with incredible head movement used to evade both his opponent’s punches and kicks with regularity. His training background at Jocky Gym established his elusive nature and quick movements from a young age.

He utilizes his switch step at rapid speed, leading to a variety of kicks that his opponents rarely recognize in time. His utilization of teeps creates a powerful and flashy fight style, making him a spectator favorite.

If you are looking for a notoriously elusive fighter with a fun personality in the ring, be sure to check out Lerdsila.

There aren’t many names more recognizable today in the world of Muay Thai than the name Saenchai. He is absolutely considered one of the greatest Muay Thai fighters of all time. As another fighter with a background birthed in Jocky Gym, notorious for creating elusive-styled fighters, his elusive nature has brought him incredible success across his career as a fighter.

His elusive nature and high fight I.Q. led him to snatch up multiple Muay Thai titles across several weight classes. His ability to fight larger opponents with what seems like very little effort, all while creating quite a show with his entertaining style makes him a favorite fighter for many.

While entertaining spectators throughout his matches, Saenchai enjoys playfully picking apart his (often) much larger opponents, all while keeping his hands relatively low and playful. His sweeps land with what appears to be no effort at all, and his kicking, punching, kneeing, and elbowing flow together seamlessly throughout all of his matches, regardless of his opponent’s style.

If you are looking for some of the most entertaining fights to watch while hoping to gain insight into being an elusive fighter, look no further than the great Saenchai.

As a fighter in the early 80s, Samart captured multiple weight-level championships at the Lumpinee Stadium. He was known to draw in heavily packed stadiums, and was even given the nickname of “genius boxer.” He was smart, calculated, and used his high fight I.Q. to pick apart his opponents without taking on much damage himself. Samart is an incredible depiction of the Muay Femur style of fighting, using his technically sound fighting to capture the wins.

His evasive movements from a southpaw stance, as well as his heavy lead leg teep, kept his opponents off-balance and struggling to get to the inside space. With teeps that often knocked his opponents down, he maintained his desired range and ring dominance with ease. Add in his smooth elbows on the inside and this elusive fighter simply dominated his opponents.

If you are looking to watch a highly skilled and elusive fighter from the early 80s, Samart is one to study.

Karuhat is a fighter with an incredible understanding of the technical side of fighting. During the 90s, considered part of the Golden Era for Muay Thai, Karuhat dominated in the Lumpinee Stadium across two weight divisions.

His love for elbows, the clinch, and clean, easy sweeps is noticeable throughout most of his fights. His elusive nature enables him to draw his opponents in and sweep them when they plant their weight on their lead leg. Additionally, he uses his fight I.Q. and evasive nature to avoid strikes while pulling opponents into his space to land elbows up the middle.

Tending to be a little heavier with the pressure than some of the other previously mentioned elusive fighters, he uses his elusive nature, technical ability, and high fight I.Q. to allow him the ability to land the strikes within the scope of the pressure he prefers. HIs deceptive footwork gives way to excellent setups and well-placed strikes.

If you are looking to find an elusive fighter who loves his elbows and heavier pressure, be sure to check out Karuhat for some incredible, action-packed matches.

It makes sense that the man with the nickname “The Greatest Trickster” would make a list when it comes to elusive fighters. In the early 90s, he claimed both the 108 and 122 lb. Championship in the Rajadamnern Stadium as yet another Golden Era fighter. He spent time at Jocky Gym training at the same time as Saenchai. As such, you can see similarities in fight style and elusiveness between the two fighters, though they still have their own distinct styles.

In the 90s Silapathi was highly regarded as one of the best Muay Thai technicians. His love for teeps can be seen over and over again in his fights. Utilizing them for both offense and defense, his teeps create a lot of openings and make his setups and movement more evasive. His opponents struggle to get past his teeps, and when they do, they typically find some solid head kicks waiting for them.

If you are wanting to check out an elusive fighter from the Golden Era who is adept at using teeps and head kicks, Silapathi’s matches are ones to watch.

Elusive fighters are incredibly exciting to watch. Their usage of fight I.Q. to smartly pick apart and defeat their opponents while also taking on minimal damage makes for thrilling and entertaining matches. If you are looking to watch some of the most elusive fighters in Muay Thai history, be sure to put these five fighters on your watch list.