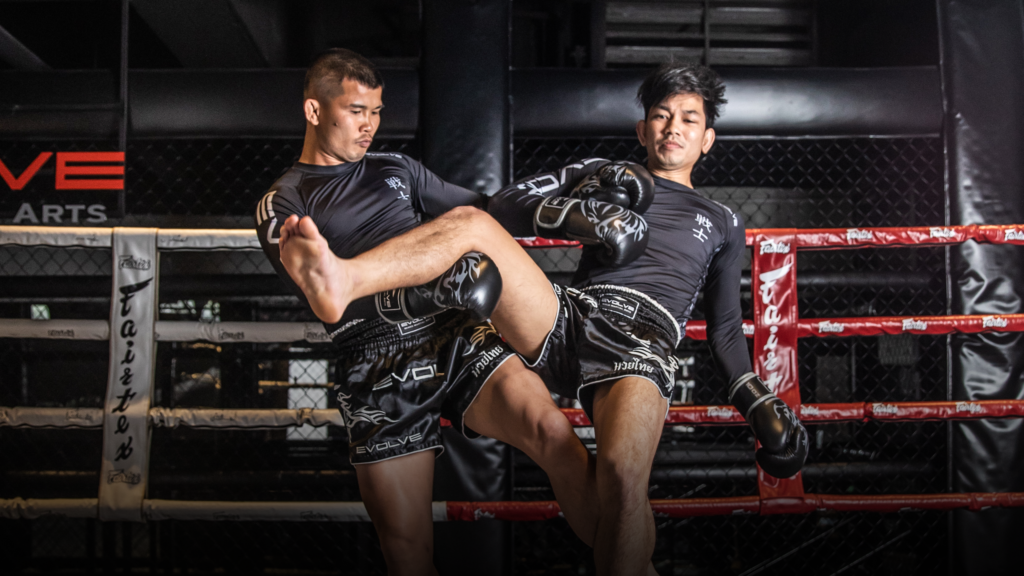 Being able to defend against punches, kicks, elbows, and knees is an integral part of being a Muay Thai fighter. You can’t expect to have much success inside the ring if your defense is filled with holes your opponents can exploit.

Being defensively sound is one of the most important skills you can have in any combat sport. Many of the fighters who end up dominating their respective fields are known for their seemingly impregnable defense.

Learning how to catch kicks makes your opponents think twice before throwing a kick at you. It puts them in a vulnerable position as they find themselves balancing their entire body weight on only one leg. It’s an effective technique for Muay Thai and mixed martial arts fighters. This applies more for the latter since fighters score points in MMA if they take opponents down and control them on the ground.

Catching a kick requires good awareness and timing on your part. While it is a more advanced defensive technique, it’s quite simple once you get the mechanics down. The move works off reading your opponent’s attacks by looking for cues that telegraph their intent.

Here’s how to perform the technique:

Don’t waste time patting yourself on the back after catching a kick and immediately start striking or working on a sweep. You always want to get something from the exchange since catching kicks isn’t the easiest task in the world, and you absorb some of a kick’s impact when you catch it.

Some of the essential things you should keep in mind when learning how to catch kicks include:

Push kicks and roundhouses are the most commonly used weapons in Muay Thai, so you want to know how to defend against both. The catch and sweep technique we discussed above works well on roundhouse kicks to the body or thighs. You can use a slight variation to catch a roundhouse to the head, but that’s not advisable since you still end up absorbing the power behind the kick. No point catching a kick if it knocks you out.

The other type of kick you’ll be seeing a lot in Muay Thai is the teep, as fighters use it to gauge distances and to prevent opponents from crowding them.

Here’s how you catch and sweep a teep, assuming you’re in an orthodox stance: