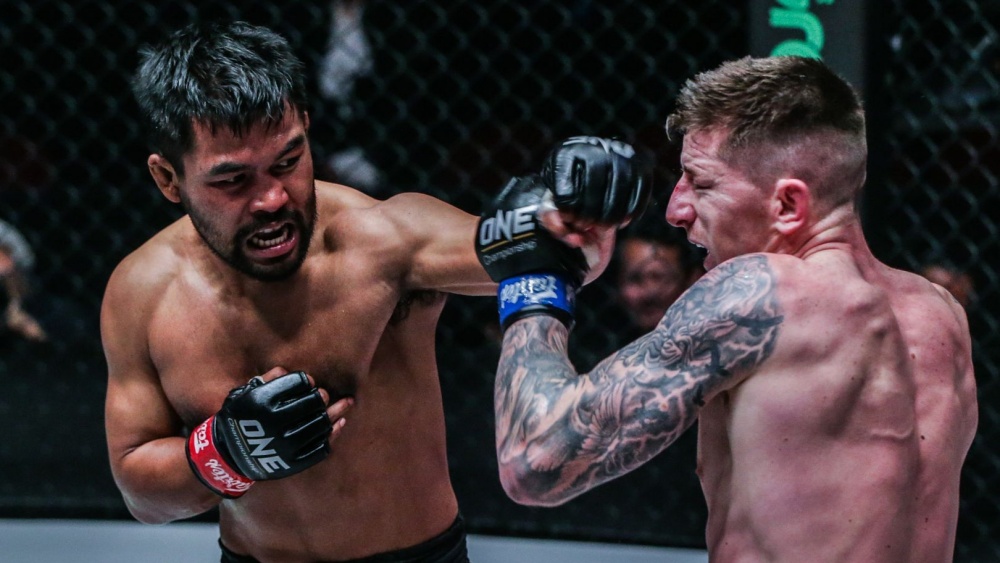 Muay Thai, as a whole, is one of the most thrilling and exciting martial arts. Spectators and athletes alike will find that Muay Thai matches are fast-paced, action-packed, and full of incredible striking from both opponents as they engage in The Art of 8 Limbs.

What Makes A Muay Mat Fighter?

A Muay Mat fighter is typically a fighter who gravitates towards and is known for heavy punches. While they might still use other Muay Thai strikes, like knees, elbows, or even low kicks, their bread and butter is always their punching.

Beyond utilizing jabs, crosses, hooks, and uppercuts as their primary mode for striking, Muay Mat fighters are also generally very forward with their striking. This also means that they usually prefer to fight on the inside with heavy pressure against their opponent.

These concepts coupled together always make for a thrilling match, and why the Muay Mat Style is often the most exciting style in Muay Thai. Let’s look a little closer at why this style is so thrilling. 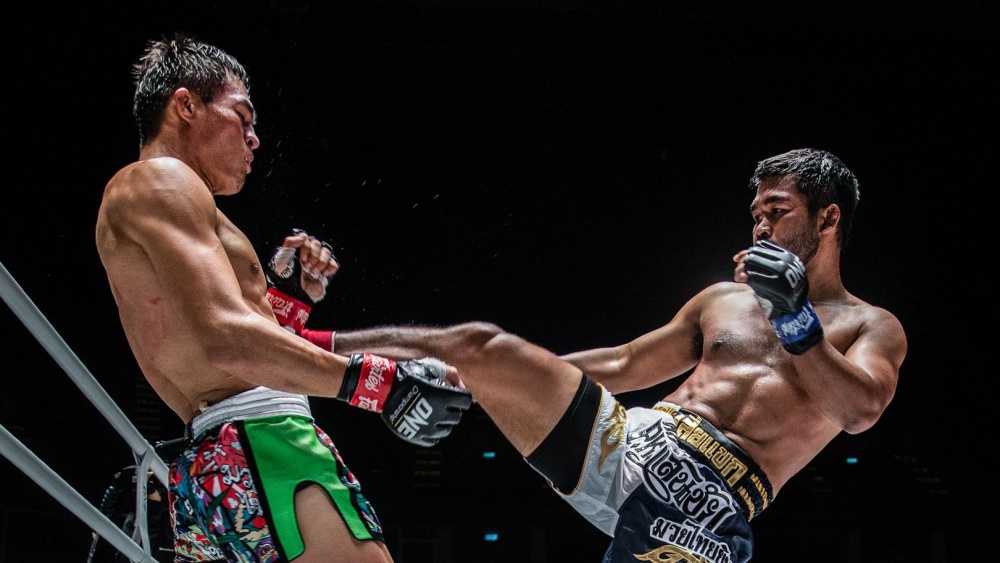 The style preference for Muay Mat fighters is thrilling because it leads to a lot of high-volume action. These fighters want to make their way into their opponent’s space, hit them with a bunch of heavy strikes, move, and repeat. Their punching strikes are quick, heavy, well placed, and thrown in bunches to maximize the possibility of damage from a perfectly placed punch.

Because Muay Mat fighters prefer a strike that is not as powerful (comparatively) as kicking, they tend to compensate for that fact by throwing a high volume of strikes, moving around various targets on their opponent’s body and head. They keep the action going throughout the fight, making their fights extremely exciting and thrilling to watch.

If you like a lot of action, Muay Mat fighters will certainly deliver with their heavily used punches.

Muay Mat Fighters Don’t Back Down Or Back Out 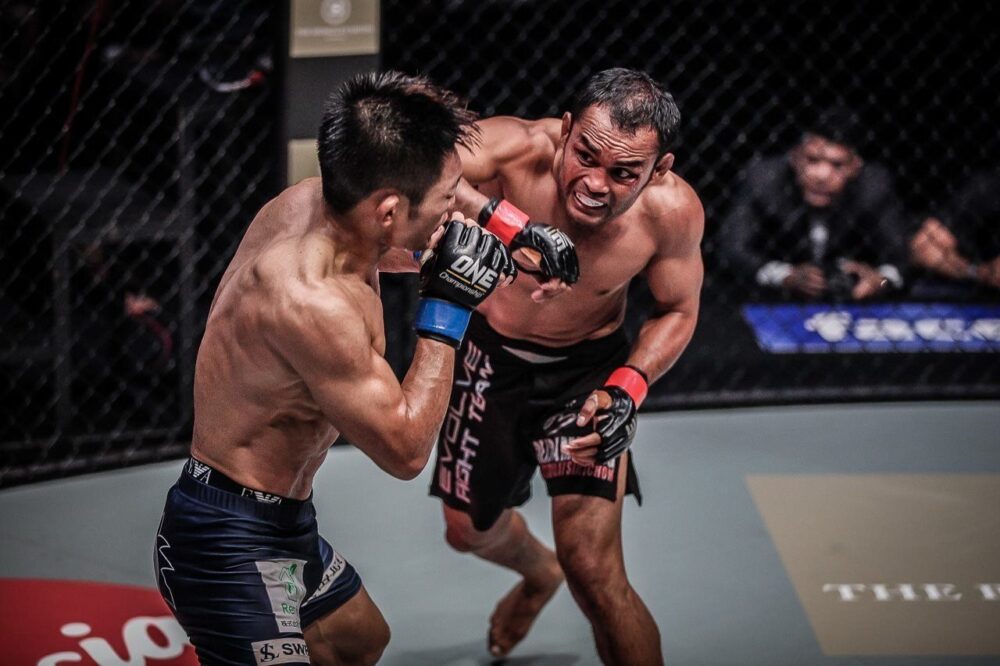 Another key trait of most Muay Mat fighters is that they aren’t often known for backing down or backing out. These fighters want to move forward into their opponent’s space as they overwhelm them with strikes. They typically gravitate towards a heavy-pressure style of fighting, working to constantly back their opponent up and shut down their opponent’s kicks.

Muay Mat fighters want to be on the inside of the range. They prefer to be at a range that suits their favored strikes and allows them to throw them at any given point. As such, it is rare to see Muay Mat fighters move away from the action or back out from the range. This fact means more action, more strikes, and more excitement for fans.

If you want to watch fights that have non-stop, close-range action, look no further than matches with some of your favorite Muay Mat fighters. 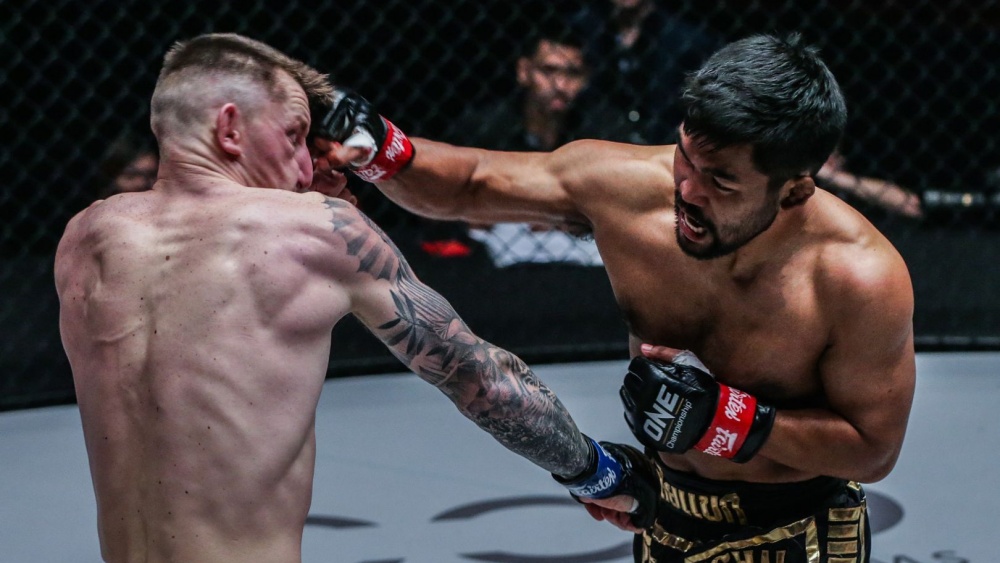 All Muay Thai fighters and practitioners get hit. It’s simply part of the game. With that being said, some styles of fighters seem to place avoiding getting hit at the top of their priorities list, while other styles seem to have a more relaxed and accepting approach to getting hit in the ring. Muay Mats definitely tend to fall under the latter.

Since Muay Mat style fighters tend to choose to fight at the inside range, they also seem to be more accepting of the fact that they will likely eat some shots while fighting there. The spacing does tend to shut down many kicks, but elbows, knees, and punches are all excellent close-range strikes that continue to be thrown while on the inside. Muay Mat fighters know this and accept the risk of their chosen range.

Some Muay Mat fighters find excellent head movement to the best defense on the inside to avoid heavy shots, but many tend to cover up as their close-range guard of choice, drawing their arms and hands up to their head to offer protection to incoming strikes. Further, they definitely get hit while on the inside as they open up to throw their own strikes.

Muay Mat fighters are tough, accepting of incoming strikes, and tend to maintain their forward and heavy pressure and striking even when shots are being fired right back at them. 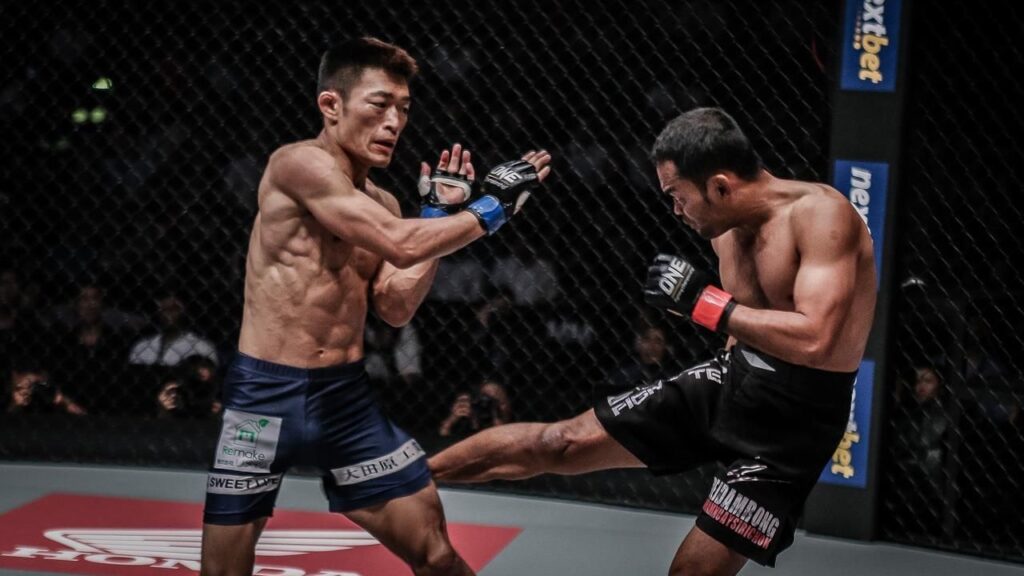 While Muay Mat fighters prefer their punches, they will still utilize other strikes from the Art of 8 Limbs as well. One of the strikes often seen utilized well by Muay Mat strikers is the low kick. Not only do they use it, but their close range and heavily thrown punches often tend to hide the low kick, making it an unseen and unexpected strike for their opponent.

Heavy low kicks thrown at close range seem to come out of nowhere to both spectators and the opponent. Over time, these low kicks can really start to wear down the unsuspecting opponent, and might even begin to draw the opponent’s hands lower, leading to more openings for the Muay Mat to land their favorite strikes to the head.

The Muay Mat Style Is The Most Exciting In Muay Thai

If you are looking to watch some thrilling and exciting Muay Thai matches, be sure to hunt down some of your favorite Muay Mat-style fighters. They will guarantee a fight full of heavy, fast-paced action that doesn’t ever seem to let up throughout the match.

If this fighting style has piqued your interest in learning more about the intricacies of the Muay Mat fighting style, then be sure to check out Evolve University’s Muay Thai Training Series: Muay Mat!

Pile on the pressure in the ring with the Muay Mat fighting style! 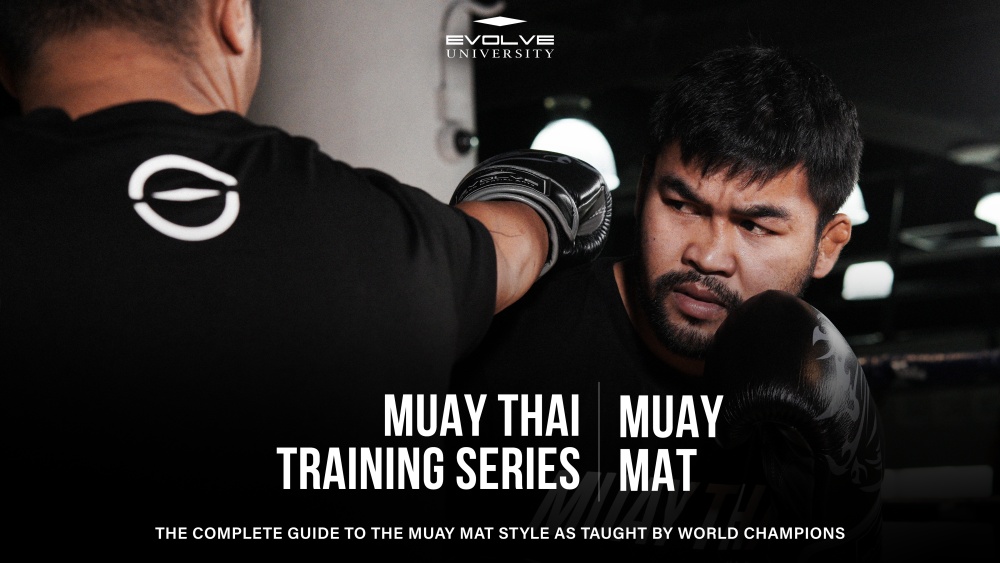 As the Muay Mat style fights in the pocket, different defensive techniques such as head movement and the long guard are essential. Covering punches and low kicks for defensive and offensive purposes, this Training Series covers details for practitioners of all levels. Advanced students will gain insights into developing an offensive, punch-heavy style, while beginners will benefit greatly from the various drills and combinations our World Champions have designed. This Training Series will also help all Muay Thai practitioners with practical strategies when facing Muay Khao (fighters who prefer using knees) and Muay Femur (highly technical fighters).

Whether you are a beginner or a more advanced practitioner of Muay Thai, this Training Series will add multiple layers of complexity to your game. With a full complement of over 4 hours of on-demand video content structured into 4 chapters, Evolve University’s Muay Thai Training Series: Muay Mat is the ultimate guide to fighting like a Muay Mat.

Taking Time Off Martial Arts Training: How Long Is Too Long?
How To Get Used To Being Hit In Muay Thai
Close The Distance With The Muay Thai Long Knee Strike!
Here Are 5 Essential Muay Thai Clinch Combinations
Here Is Why The Muay Femur Style Is The Most Respected Style
Understanding Inside And Outside Fighting In Muay Thai
Ten Common Mistakes Muay Thai Newbies Make
4 Tips For A Powerful Muay Thai Roundhouse Kick
4 Drills And Tips To Honing Balance In Muay Thai