5 Ways To Use The Switch Jab For Muay Thai 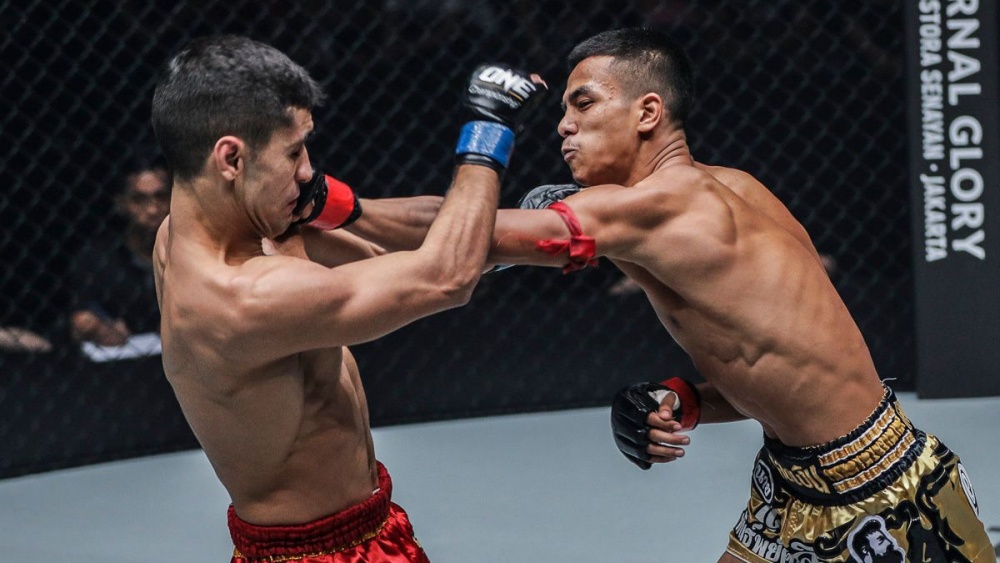 The jab, cross, hook, and uppercut are the staple punches in Muay Thai. You learn them as a beginner and refine them as you progress in your skillset and knowledge of striking. As you develop these punches, you will also develop other things alongside them to make them even more effective. Your footwork, head movement, and defensive skills will allow your punches to land with a higher degree of consistency, as well as help you deliver more powerful shots too.

While these are essentially the only four punches in Muay Thai, you will find that variations of these punches exist as well. Notably, the switch jab is a distinct variation of the jab based upon the footwork coinciding with the jab. It’s a great punch to change up your game, catch your opponent off guard, and help you find a great angle on your opponent.

What Is The Switch Jab?

Let’s start with a quick rundown on the switch jab and how to perform this punch. If you don’t already know it, the switch jab is a really simple variation and easy to learn:

The combination of your switching feet alongside your regular jab hand makes this punch an elusive and powerful strike, while also keeping it super simple in execution. As you land the jab, be sure to move your head off line as well. This will make your strike even more elusive.

How To Use The Switch Jab For Muay Thai

Once you’ve mastered the switch jab, you are ready to add it to your game. It’s relatively simple, yet so effective at taking your game up a notch that you’ll find it will quickly become one of your favorites on the mats. Here are five ways to use the switch jab for Muay Thai:

1) Utilize The Switch Jab To Set Up A Powerful Cross

The switch jab is an incredible way to set up a powerful cross. After throwing the switch jab, take a full step while you throw the cross. The movement will make your cross drive forward with extra power as you land two hard shots in a row and get your opponent on their heels. This is a solid, dominating combination to throw when you need to drive in towards your opponent or back them up and regain your space.

Additionally, you can play with the location of your strikes. Try landing the switch jab to the head and following up with the heavy cross to the body or to the head the next time.

The footwork of the switch jab, when done correctly, often results in dominating the angle on your opponent. Use it to follow up with your favorite punches or kicks, or even to sweep your opponent. Working to find angles is on every Muay Thai practitioner’s mind. The switch step is an ideal way to find an angle quickly, while also landing a solid strike in the process. Use the angle created from the switch jab to find even more strikes available to you as you work to dominate your opponent.

3) Leverage The Switch Jab To Land A Solid Knee

After your switch jab, try moving your jab arm onto your opponent’s shoulder while simultaneously pulling them in for a solid and powerful rear knee. The switch step will load your inside knee while allowing you to gain an angle as you leverage your opponent’s torso into a clean and powerful knee. The switch jab is an ideal setup for this strong knee as your opponent will be bringing their hands up to defend the punch, leaving their stomach exposed to the knee.

4) Use The Switch Jab To Create Space

If you are having a hard time creating space with a heavily pressuring opponent, a switch jab will often give them a reason to pause and give you some space and range.

Since it’s not just a jab but rather a jab with some angling movement, your opponent will not typically want to keep charging in towards you, but rather, they will often take a second to stop their forward pressure and reevaluate. While they pause, take advantage of your newfound space to begin throwing your own striking combinations.

5) Use The Switch Jab To Draw The Hands Up

If your opponent is keeping a guard that has been hard to draw up and away from the body, a switch jab throws a lot of variables at them all at once, causing them to quickly draw their hands high and tight to the face.

This typically opens up the body of your opponent for whichever strikes you’d like to them throw. Whether a knee, a kick, or a solid body shot from a hook or a cross, your opponent’s body will be wide open to receive those shots.

The switch jab is often thrown with a lot of speed and power. If you are hoping to land heavy body shots, the switch jab is a great way to draw the hands away from the body to allow for some clean shots.

Using The Switch Jab To Enhance Your Muay Thai Game

The switch jab is an excellent variation of the jab that will help you to find new and creative ways to change up and throw your Muay Thai strikes. It provides a well-rounded strike that incorporates footwork, head movement, angles, power, and precision.

Be sure to begin playing with this strike the next time you step on the mats. You’ll find that it is a great way to create space and angles, land a solid cross or knee, and draw the hands up as you look to dominate your opponent.