5 Ways To Combat An Aggressive Fighter In Muay Thai

There is a myriad of different styles in Muay Thai, and one of the hardest to fight against is Muay Khao. These kinds of fighters often operate from mid to clinch range and are always looking to close the distance to get on the inside.

Muay Khao are experts at using a variety of damaging weapons from close quarters and can be very dangerous if you don’t know how to fight against them.

In this video, Muay Thai World Champion Daniel McGowan gives students a few pointers on how to combat aggressive fighters in Muay Thai.

As with everything in martial arts, there’s a science to the madness in the ring, especially in Muay Thai. McGowan explains the specific techniques he has used throughout his career whenever he was faced with an aggressive opponent. 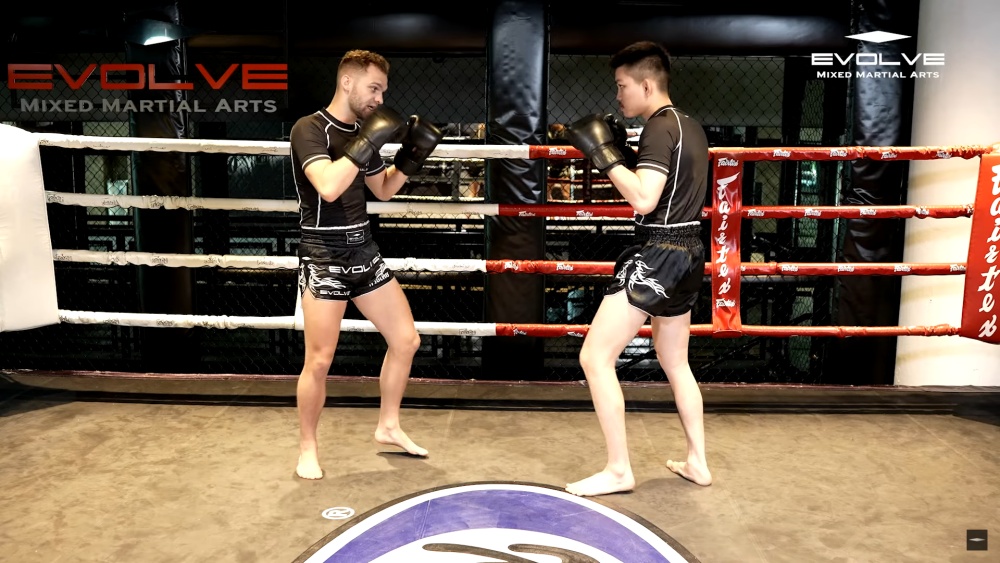 The first thing you want to do when fighting against an aggressive fighter in Muay Thai is to create as much distance and separation as you can, as often as you can.

Muay Khaos like to barrel forward to get themselves on the inside to a spot where they can do damage. To defend yourself against this level of aggression effectively, you have to employ a series of techniques that will create that distance and separation, and keep your opponent at range.

One of the most effective techniques to use against aggressive opponents, and one that McGowan used often, is the teep.

The teep, more commonly referred to as a push kick, is a straight kicking technique in Muay Thai. Its main utility is pushing away an opponent to create sharp separation. It can prevent an aggressive opponent from advancing into close range. It’s similar in use to a jab in boxing, which controls distance and keeps you at optimal range.

McGowan explains how he uses the teep to offset an opponent’s rhythm, pushing away to give him enough room and space, and that split-second advantage to set up his next shot.

2) Take The Inside Leg 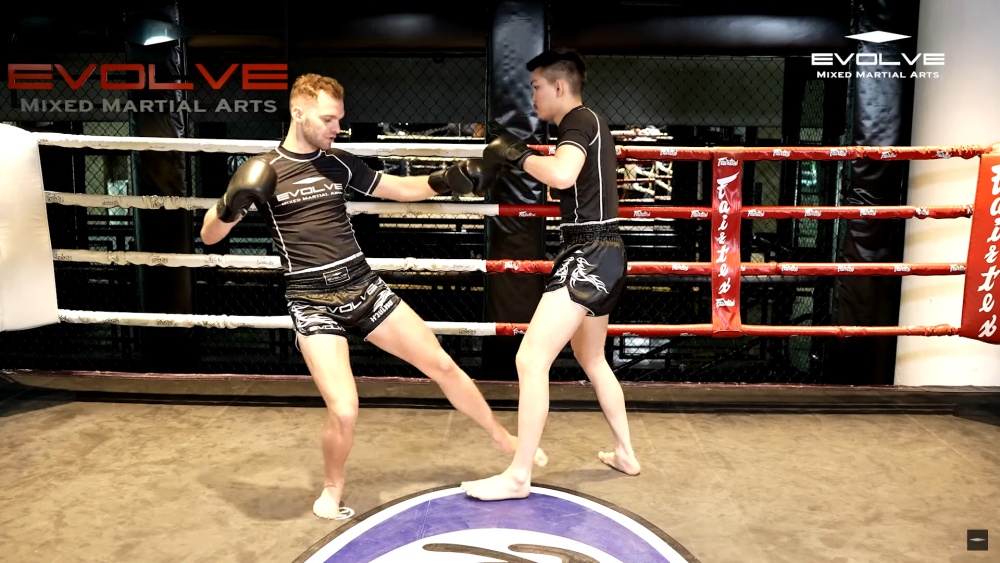 One of McGowan’s key techniques to disrupt an aggressive opponent’s rhythm and send him off balance is kicking the inside leg. This splits an opponent’s base, widening it and leaving him in a very vulnerable position.

Aggressive fighters tend to put the majority of their weight onto the lead foot. This causes their center of gravity to favor the lead foot, allowing them to throw damaging strikes from the rear.

However, this also opens up an opportunity for defensive and technical fighters to take advantage of this situation by kicking the inside leg.

McGowan instructs students to kick the inside leg lower on the shin and not too high to pull off a nice sweep. After your opponent becomes off-balance, that gives you a chance to get off a few heavy attacks and combinations. This is a really bad position for an opponent, and you can land multiple shots from this angle, as well as set up follow-up shots from a different angle.

3) Use Their Momentum Against Them This next technique, and one that you often hear in martial arts, is using an aggressive opponent’s momentum against them. It’s an amazing tactic because an opponent’s momentum amplifies their rate of movement, causing them to be thrown off balance when you step around to the side.

McGowan reads an opponent’s intent, and when he notices forward movement and an opponent going on the attack, he steps to the outside with his left leg, while using his left hand to turn and pivot.

From the side angle and with the opponent in a vulnerable position, you can then launch your attacks and combinations. In this situation, punching combinations, sharp elbows, and kicks to the body do the most damage.

4) Left Kick To The Body Lastly, McGowan talks about the effectiveness of using the left kick to the body to deal some major damage.

The left kick to the body is one of the most devastating blows in Muay Thai. It is used quite often as a counterattack because of its effectiveness, especially from the orthodox stance.

In the video above, McGowan mentions switching the hips from the orthodox stance before throwing the left kick, to lend the attack more power. Since the left hip is closer to the opponent, switching it allows the left leg to become a rear kick in an instant. This gives a fighter more room to attack as an aggressive opponent moves forward.

The key to this technique is timing. If you can time your opponent perfectly as he comes in to throw a punch, the left kick has a shattering effect as it connects to the ribs or the liver. This type of blow can really hurt an opponent.

Furthermore, timing this kick as an opponent moves forward is another way to use that opponent’s momentum against him, amplifying damage exponentially. After covering the bases on how to combat an aggressive fighter in Muay Thai, it’s equally important to know what not to do against a Muay Khao. McGowan details some things you want to try and avoid.

Also, if you keep moving straight back, eventually your back will hit the ropes and that’s not somewhere you want to be against a powerful foe. Instead, try and get in the habit of angling out with your footwork. You can go to the left or right, but the general idea is to circle away from your opponent’s power side.

Use angles to exit the center line, and then launch your counter attacks from the angles you create.