Simple yet destructive, the inside leg kick can be one of the most important weapons in any Muay Thai practitioner’s arsenal.

Akin to the jab in boxing, this particular strike can serve as a tool to disrupt an opponent’s attack, or as a means to set up a fight-ending attack of your own. The comparison between the jab in boxing and an inside leg kick in Muay Thai might sound a little strange to novices – especially given the use of the jab in both sports – but there is certainly a distinction between both boxing and Muay Thai.

In boxing, no strikes are permitted below the waistline, whereas in Muay Thai, the entire lower body (omitting the groin area) is exposed to attack. Given that the legs are the longest limbs on our bodies, they become crucial to our attacks and defense in the sport. A leg kick, especially to the lead leg, is often more difficult to anticipate, given that it can be landed quicker and without being picked up as fast. It is often far easier to close the distance with a kick than it is a punch, especially from long-range to mid-range.

The Importance of the Inside Leg Kick

The most common uses for an inside leg kick include:

The inside leg kick is an effective weapon that can be used in multiple ways. Thus, the fighter with the better inside leg kick will have a greater chance of winning duals and coming off better in attack and in defense. In order to improve both the technique and potency of this strike, a combatant should drill the kick as much as possible. As this kick can drain energy if thrown multiple times in a bout, conditioning, balance, and leg-strengthening exercises are crucial to utilizing this kick.

Making The Inside Leg Kick Work in Muay Thai 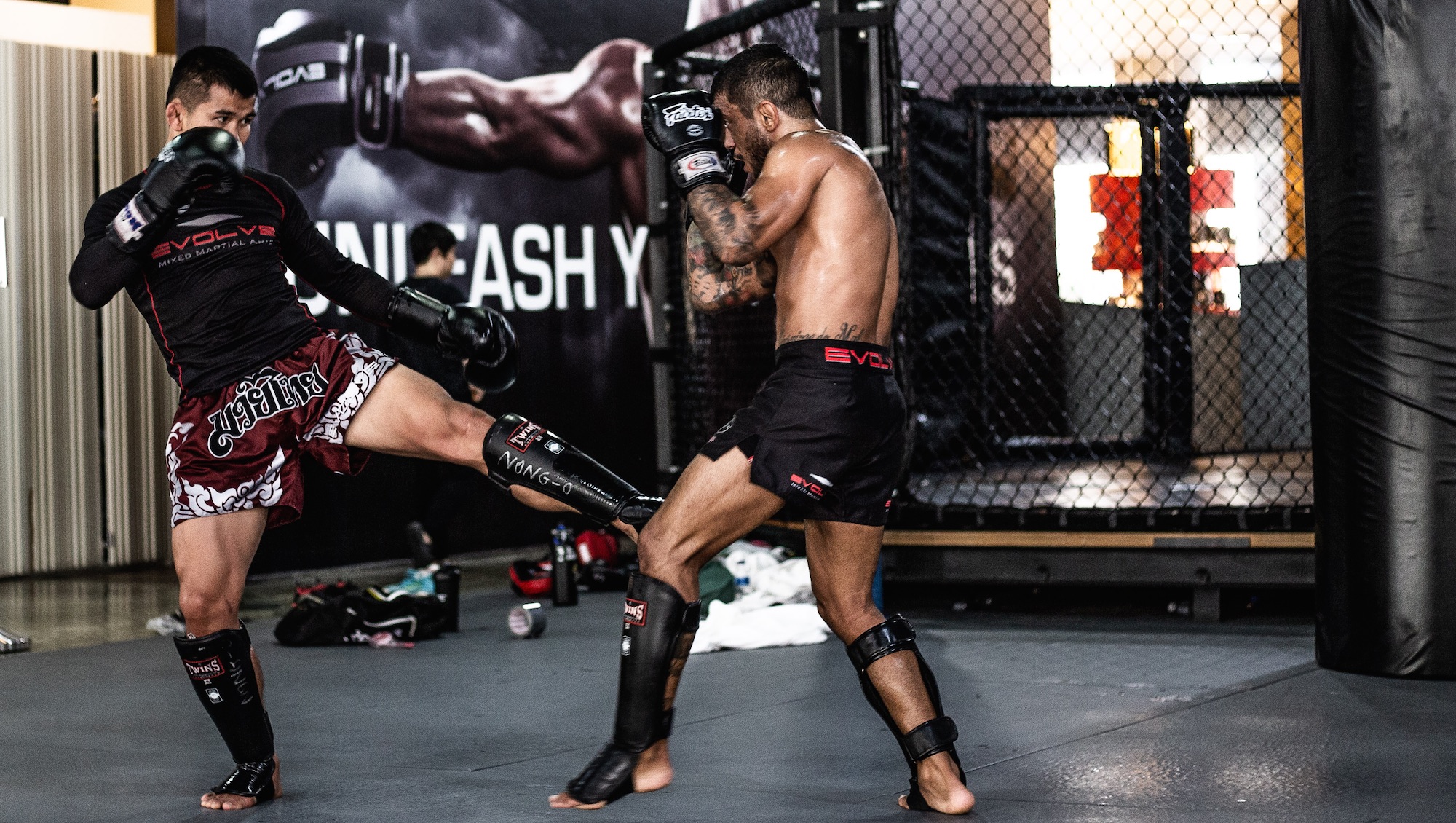 The inside leg kick is a useful technique to master in Muay Thai.

As with any technique in Muay Thai, a consummate opponent will have a great understanding of what it is. If you are expecting to step inside the ring against an experienced fighter – with plans to win the fight utilizing this one skill alone – you will soon find yourself figured out. Any fighter that realizes you are relying on this weapon too much will use this against you.

In Muay Thai, one-dimensional attacks are a no-no. This makes it very important to mix things up and work the inside leg kick into attacks when you notice there is a weakness to exploit that is glaring. Against an opponent that consistently comes forward, predictably, placing weight on the lead leg and telegraphing kicks, this weapon can be used to your heart’s content. However, you won’t come across many fighters as sloppy or inexperienced the higher you travel through the ranks.

The Particular Types of Fighter the Inside Leg Kick Works Against

You can certainly build a case to integrate inside leg kicks against particular styles of fighter in Muay Thai. The most obvious example would be the Muay Bouk-style opponents, who rely more on walking forward and putting other fighters under pressure. This direct movement can be tampered with by targeting the inside leg, which will also slow this fighter’s pressure game down if done right.

In reality, if this technique is used in the right way, it can be used against any style of fighter in Muay Thai. It all comes down to the proficiency of the fighter and their understanding of distance. A Muay Thai fighter with a solid and rounded skill set should not have their style immediately negated by any style of fighter, whether they are a Muay Bouk, Muay Femur, Muay Tae, or any hybrid of these styles.

When You Are the Target of the Inside Leg Kick

There will undoubtedly come a time when you meet an opponent who is trigger-happy with the inside leg kick. If you are proficient with using this technique – but do not quite have the answers when it comes to defending against it – you could end up feeling a little stupid if that same fighter gets the best of you.

You do have another option when it comes to defending the inside leg kick, and that is to not check it but to avoid it altogether. This will depend on your movement and anticipation, although looking for hints in their setup (such as physical clues like loading up or even telegraphing it) will undoubtedly help.

You can capitalize on their miss – or by avoiding the kick with smart movement and distance control – by countering when you see the inside leg kick coming. Stepping back at the right time, especially when they are off-balance and exposed, might open up a window of opportunity you can use to cause some damage of your own. You could even end up countering with a fight-winning strike or combination.