4 Attack Options From The Back Mount 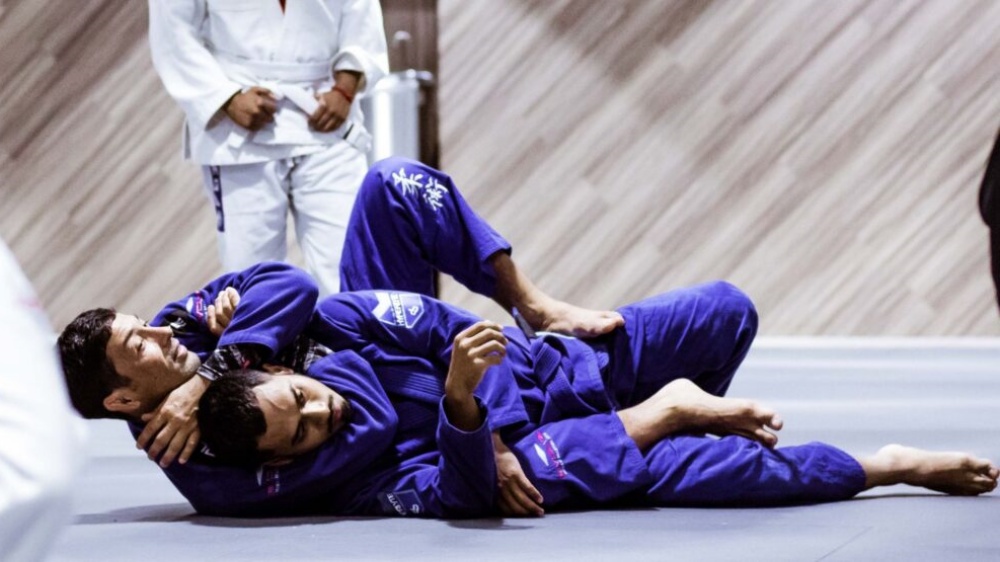 The back mount is the most dominant position in Brazilian Jiu-Jitsu. It is a position where you establish chest-to-back connection as you control their torso using your arms and legs. Doing so gives you the ability to control the opponent’s movements. It also makes them incredibly vulnerable to attacks.

There are many attacks you can perform from the back mount. In self-defense and MMA, you can restrain your opponent safely, giving you enough room to use strikes. The back mount also opens opportunities for chokes and armlocks. Today, we’ll explore four of the best attacks you can attempt from this position.

A Basic Way To Take The Back

Before we discuss the submissions you can do from the back, let’s first examine how to take the back. One of the most fundamental techniques you should learn is the chair sit back take

In this video, Stephan Kesting and Rob Biernacki demonstrate the basic movements of the chair sit. Start by forcing your opponent to turn away from you once you get side control. You can do this by using shoulder pressure against their face. Once they turn away, slide your chest towards their back to establish chest to back connection and get your seatbelt grip.

Now comes the back take. Pull your opponent over as you place your weight on the opposite hip. The leg you placed against the opponent’s hip will serve as your first hook. Use your other leg to get the second hook. You can also get the body triangle from here. The chair sit is an essential piece of the back attack puzzle. Learn the chair sit by heart, and you’ll surely develop a strong back game.

Four Options From the Back Mount

The rear-naked choke (RNC) is the highest percentage move you can do once you get the back. It is a technique where you wrap your arm around your opponent’s neck to restrict air and blood flow. In this video, BJJ black belt Teco Shinzato from the Evolve Fight Team demonstrates the critical steps of the technique.

What makes the rear-naked choke such a devastating submission is its fight-ending potential. Anyone, regardless of size, will go to sleep if the choke is undefended. The technique puts direct pressure on the opponent’s neck. Once you secure the RNC, the opponent only has two options – tap or go to sleep.

2) Collar Choke From The Back

In this video, Roger Gracie shows the best way to set up your collar chokes from the back position. He explains that the support hand should cover the attacking hand whenever you go for the seatbelt. This is to keep your attacking hand safe from grip strips. The support hand helps control the opponent’s movements, but it is not used to set up submissions. Therefore it is logical to use it to cover the hand you’ll use for the choke. There are multiple ways to execute the collar choke from the back. Two of the most common variations are the bow and arrow choke and the basic lapel choke.

This video exemplifies the power of the kimura trap. Nick Albin gives three options to take the back using the figure 4 grip. The first option is the rolling kimura from your opponent’s butterfly guard. This looks like a fancy technique, but it is surprisingly easy to do. Just do a forward roll and get the kimura grip. A critical detail in this technique is to not let go of the kimura grip once you go over your opponent.

The second option is similar to the first one, but you do the forward roll when your opponent is in the supine position. Ensure that you at least grip one arm as you do this so that you can transition to the kimura grip as you roll forward.

The third option is a modified rolling kimura from side control. You can do the last technique if your opponent blocks your kimura attempt by staying defensive. Roll towards the opponent’s shoulder and take the back as they recover their position.

The last option is the short choke from the back mount. The short choke is one of the nastiest submissions in Brazilian Jiu-Jitsu. It is a variant of the regular rear-naked choke in which you attack the neck to force the tap. The key difference is that the short choke is meant to crush the front part of the neck. The submission comes quick and can put people to sleep instantly.

Gustavo Gasperin mentions that the short choke is an excellent secondary submission to a defended rear-naked choke. If you can’t finish the RNC, it is super easy to transition to the short choke as the entry is basically the same. Remember to drive your forearm and elbow behind the opponent’s back to put more power on the choking arm. This makes the short choke incredibly strong and can work even if the opponent uses both hands to block the submission.

These four attack options should serve you well up to the black belt level. Becoming an expert in the back mount requires a strong understanding of control tactics and setups that can lead to submissions. Don’t forget to drill these techniques consistently so that your movements will become automatic once you get the back. Happy training!

How To Get The Most Out Of Your BJJ Sparring Sessions
How To Defend Against The BJJ Berimbolo
How To Drill The BJJ Berimbolo Technique
Is Speed Important In BJJ?
Taking Time Off Martial Arts Training: How Long Is Too Long?
The 5 Most Popular Takedowns Used In BJJ
Get Past Your Opponent With These 4 Essential BJJ Guard Passes
Single Leg Takedown Vs. Double Leg Takedown Debate
Ten Common Mistakes BJJ Newbies Make