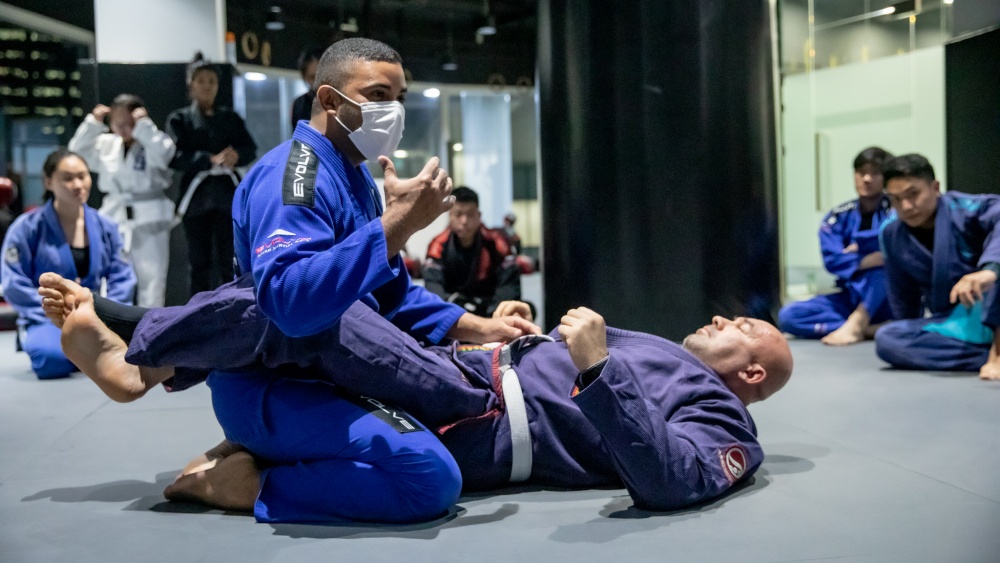 Brazilian Jiu-Jitsu is a martial art that focuses on taking a fully resisting opponent to the ground. It uses a control-based approach in which you use pins to subdue movements and then move into submissions, using chokeholds or joint locks.

Today, let’s take a look at the best offensive guards in BJJ.

What is a guard in BJJ?

In BJJ, a guard is a position where you use your body, particularly your legs, to control the opponent’s movement. Some guards are effective when used specifically for BJJ, while some are better for self-defense. As the name itself suggests, the guard is primarily a defensive position. However, it is also a great position to initiate attacks and transitions.

As mentioned above, the guard can also be used for offense. Having a cunning guard in BJJ is essential because it means that you have lots of attacking options. The opponent must be constantly aware of sweeps and submissions, which diverts their attention from passing to defending. Here are some of the best offensive guards in BJJ that may help you develop your attacking arsenal.

The butterfly guard may very well be the most powerful open guard in BJJ. It can outbalance, sweep, and lift opponents stronger and heavier than you without using too much energy or strength. Think of the butterfly guard as a mechanism that can push heavy weight, similar to the leg press machine in the gym. The key to a good butterfly guard is to use your shins as both a shield and a weapon.

The aim of the butterfly hooks is to compromise the opponent’s base by using your feet as a hook on the inside thigh. The hooks must be supported by grips to control the opponent’s upper body, making the pulling and pushing motion while controlling the opponent easier. The butterfly guard not only favors smaller grapplers or those with short femurs but it can also be effectively used by anyone as it uses the strongest part of our body, the legs.

Shown by Tom Davey, there are many submissions in the butterfly guard. As previously mentioned, this guard is highly effective because aside from sweeping options that can lead to pins or back attacks, as well as transitions to other open guards, there are various subs inside the guard itself.

Submissions such as the cutting armbar, guillotine, triangle, and the accessibility to transition to the single leg x-guard and go for leg locks are among the most viable attacks that you may find in the butterfly guard.

The closed guard is the most fundamental guard taught to beginners new to Brazilian Jiu-JItsu. As basic as the closed guard may sound, it is fairly difficult to master. It is a guard that favors the bottom player as there are effective options for submissions and sweeps in this position.

On the other hand, the guard passer has limited options: either pass the closed guard or go for a low percentage submission. This is the main guard of BJJ legend and hall of famer, Roger Gracie.

The closed guard is where you wrap and lock your legs around the opponent’s hips to prevent them from getting past your legs. Remember that the goal of the guard is to keep your opponents locked in. You must avoid the guard pass at all costs.

For almost every BJJ practitioner, the closed guard comes as instinctive. In all grappling situations, from BJJ, MMA, or self-defense, the closed guard is equally effective in controlling the distance and posture of the opponent.

The single leg x-guard is a position where the guard player is under the top player with one of your legs wrapped outside, while the other blocks the centerline. The inside leg pinches the top player’s thigh against your wrapped outside leg, creating a diagonal pressure to the opponent’s knee-line.

With the popularity of leg locks in the modern era, the single leg x-guard is considered a great entry for basic leg locks such as the straight ankle lock.

The half guard is proof that you can still fight and defend after getting your closed guard opened. It is a type of guard where the bottom player wraps both legs to control an opponent’s leg. The aim is to maintain distance and prevent guard pass attempts.

There are different half guards: knee shield, z guard, deep half guard, butterfly knee shield, and lockdown half guard. Try to explore them and see which is best for you and your game.

Each type of half guard offers different distance management options. For example, the deep half guard requires you to stay directly below the opponent’s body. Your position in relation to your opponent gives you the ability to create kuzushi from a very close distance. What makes this half guard especially good is that it opens many attacking options for you to apply.

On the flip side, it is also essential for guard passers to know the most common guard people play. The purpose of this is to better understand each guard’s threat, possibilities, and goals. By understanding the underlying principles, the guard passer will be able to assess and pass different guards more effectively.