Is Speed Important In BJJ? 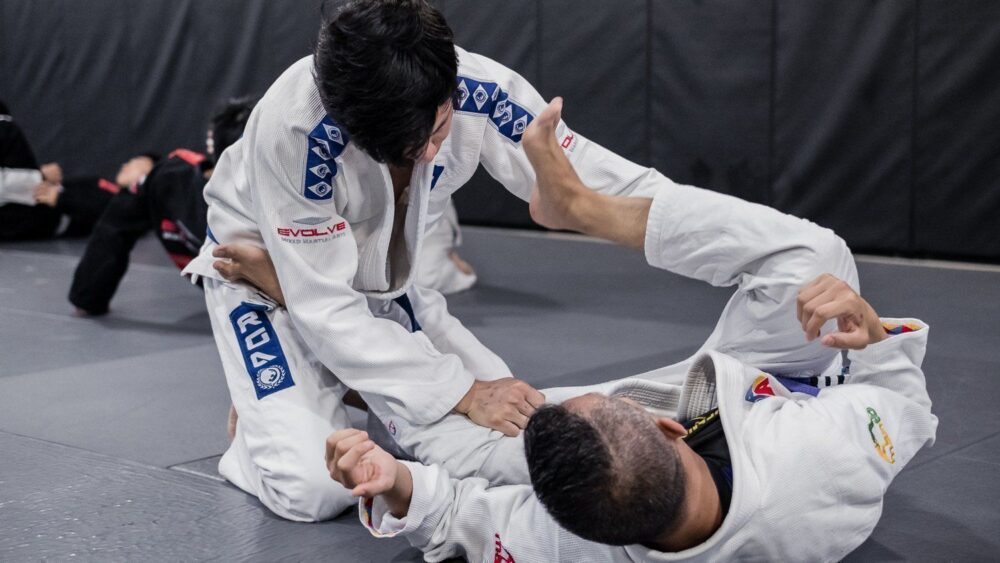 Brazilian Jiu-Jitsu is a martial art where people from diverse backgrounds can enjoy the art as one. Every grappler is different in terms of physical attributes and how they think. While it is up to the practitioner to decide how their game will eventually look, factors such as youth, demeanor, and body type will always play a factor in the decision-making process.

Champions come in all shapes and sizes. There is no universal body type that is better than the other, as each has its strengths and weaknesses. Of course, some techniques and styles will work better on certain body types, so it is always a smart idea to think of this when studying new techniques.

An example is that smaller, quicker, and more agile grapplers should always leverage their attributes when passing the guard of a much bigger opponent by using movements to go around the defenses. With that being said, is speed important in BJJ?

“Slow is smooth, and smooth is fast.”

There are different types of speed in Jiu-Jitsu. Most of the time, when people talk about speed in BJJ, they mainly refer to physical speed. Physical speed is a grappler’s raw athletic speed, including agility and quickness. This can generally be seen in young and athletic grapplers in their physical prime. Grapplers in their youth leverage this attribute to execute their preferred techniques, like shooting for a takedown or passing the guard to overwhelm the opponent’s defense. While physical speed may fade over time, it is advised to make the most out of your youth if you are a younger grappler.

Mental speed is how fast you can make a decision. Jiu-Jitsu is all about solving problems under pressure, and mental speed is critical in making decisions. The speed and accuracy of your choices will determine your movements and reactions to your opponent’s techniques.

This can be earned from experience on the mat. If you are a beginner, working on your guard is crucial rather than just attacking with little thought. Aside from the fact that it is the most difficult skill to learn in BJJ, it will help you make better decisions once you start working on submissions.

Technical speed is how fast you can execute a technique efficiently. This can come from drilling moves countless times. Keep in mind to add resistance when drilling a technique so that you can apply it effectively on a resisting opponent. Like the aforementioned mental speed, technical speed comes from spending time on the mat and does not come naturally. This means that your physical attributes will not heavily determine your technical speed.

Speed, strength, and flexibility are the best supporting attributes of good technique. If you are a naturally fast grappler, you can use your speed to create a mismatch and gain an advantage. Try to avoid matching the opponent’s strengths.

For example, if you are fighting a heavier and stronger opponent, capitalize on your speed to fight around their guard. Conversely, when the opponent is fighting with speed and agility, you should play a heavy and controlling game to slow them down. It is not a good approach to match their strengths head-on. Your ego will never help you when times get rough.

Trying to match a bigger and stronger opponent with strength often doesn’t end well. Likewise, you shouldn’t try to overcome a faster and more agile opponent with speed. Find a hole in their game and use your attributes to exploit their weaknesses. As you gain more grappling experience, you should be able to adjust on the fly and switch between speed and pressure-based games.

Speed is helpful – but as a grappler, you must evolve as you go farther in your journey. Relying only on speed and explosiveness will not be sustainable in the long run, as time is not on our side. This is often the case for grapplers who play a lot of speed-based passing and explosive standup in their youth. As they grow older, out of their physical prime, and are hit with life responsibilities outside the mat, they begin to simplify and adapt their game to what their body is capable of. Remember not to rely solely on your attributes at the expense of good technique, as some of them may fade over time.

Slow The Opponent Down

Fortunately in BJJ, speed is not only limited to physical speed. If you are older, bigger, or not a fast grappler naturally (or someone who couldn’t keep up with the speed and agility of your training partners), play a heavy game and match them with mental and technical speed instead.

One way of doing this is to change the tempo of your rolls every so often. Play a slow and relaxed game and include bursts of faster or power techniques in between. Most of the time, faster opponents react by fleeing or creating angles. This creates a chase sequence. As John Danaher says, there are two approaches to chasing a fleeing opponent. The first is to match or exceed their speed with the speed of your pursuit. This will depend on your speed. The second approach focuses on decreasing the opponent’s speed rather than on increasing your speed in trying to match them.

Establishing a solid grip and placing your body weight to block movement will slow down a fast-moving and explosive opponent. The best approach is to put your focus on slowing the opponent down. It can be done with proper positioning and getting your preferred rather than chasing the opponent trying to overcome their speed. As mentioned earlier, you must be able to switch between speed and heavy games to maximize your chances of shutting your opponent down.

Speed (as well as other attributes like strength, coordination, and explosiveness) has its place in all combat sports. Proper timing that comes from a high level of technical proficiency can overcome the lack of physical advantage.

Worry not if you are naturally not a fast grappler, as there are other types of speed you can use to improve your overall game.

How To Get The Most Out Of Your BJJ Sparring Sessions
How To Defend Against The BJJ Berimbolo
How To Drill The BJJ Berimbolo Technique
Taking Time Off Martial Arts Training: How Long Is Too Long?
The 5 Most Popular Takedowns Used In BJJ
Get Past Your Opponent With These 4 Essential BJJ Guard Passes
Single Leg Takedown Vs. Double Leg Takedown Debate
Ten Common Mistakes BJJ Newbies Make
How To Escape A Heel Hook