How To Throw A Shovel Hook In Boxing 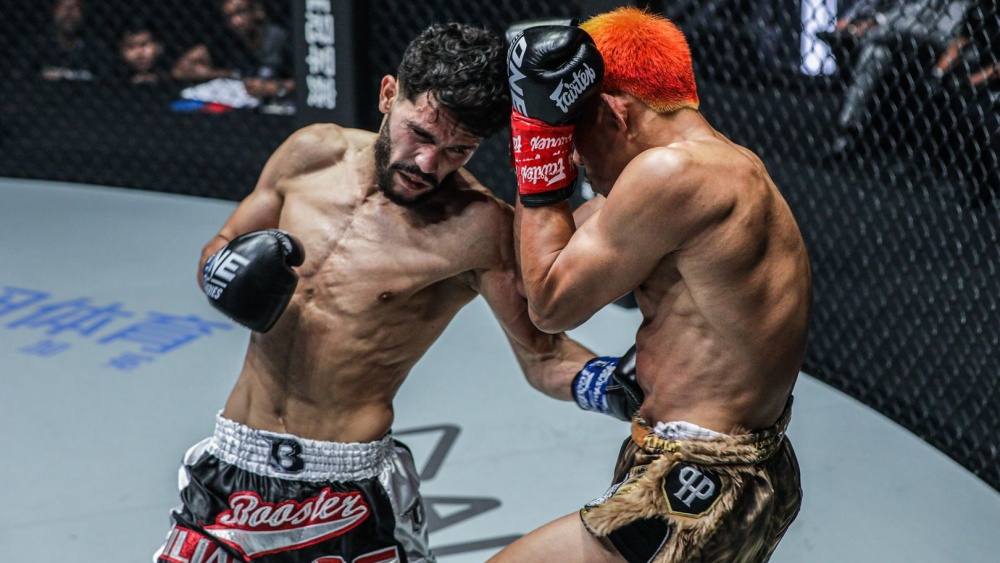 Also known as the “Mexican uppercut,” the shovel hook is one of the most devastating power punches used in boxing when done correctly. The technique creates an awkward angle many boxers aren’t used to seeing or defending against, increasing the odds of the punch getting past their guard.

The primary target of the technique is typically the liver, but you can also target your opponent’s jaw with it.

Understanding How The Shovel Hook Works

To throw a shovel hook:

A natural follow-up attack for the shovel hook is a downward angled hook, which works similarly to a shovel hook, but comes down at our opponent in the opponent’s direction. You might as well follow up with it since your punching arm is already high after throwing a shovel hook. Experienced boxers call it working the ladder from top to bottom.

Practice the technique while standing in front of a mirror until you have perfected the form. Use the mirror to locate your bottom rib, so you have a target to aim for when working on the technique. Some of the mistakes you should avoid when drilling shovel hooks include:

An excellent example of the shovel hook’s effectiveness is the 2004 fight between Oscar de la Hoya and Bernard Hopkins. Hopkins forced an early stoppage during the ninth round of the fight by landing a perfectly thrown shovel hook to the liver that left De La Hoya unable to continue fighting.

Your liver sits on the right side of your body and is the primary target of techniques like the shovel hook. The liver sits near the lower half of the rib cage, and a blow to the area pushes the liver and its nerves into the rib cage, leading to decreased blood flow to the brain. This leads to the brain sending a signal to the rest of the body to lie down so more blood can enter it. It’s why fighters who get caught on the liver often groan and get on the ground. It’s a cripplingly painful signal that leaves even the toughest fighters around momentarily paralyzed.

Land a hard shovel hook to the liver and watch your opponent crumple to the canvas. You can also target your opponent’s chin with the shovel hook. The diagonal angle of the punch makes it tricker to block.

Setting Up The Shovel Hook

There are various ways to set up a shovel hook. Most involve keeping your opponent busy with straight punches before going for the money shot. Some of the more popular punches and combinations used to set up shovel hooks include:

The jab-cross is one of the first combinations boxers learn, and it’s often used to set up punches to the body like a shovel hook. Set up your shovel hook by throwing a few jab-cross combos at your opponent before finishing with the shovel hook.

The key to making this technique work is to keep your eyes focused on your opponent’s head and chest area. Any glance at your opponent’s body telegraphs your intention. Don’t move your eyes or differ from the same mechanics you used for your earlier jab-cross combos. Just fluidly add a shovel hook to the end of the combination. You can even skip the cross and just throw a jab-shovel hook combo. That’s how Hopkins knocked de la Hoya out.

Here’s an advanced combination that puts you in a position to land a powerful shovel hook. It starts with getting your opponent to bring their guard up by throwing straight punches at their head. You follow up with a lead hook while simultaneously taking an outside step with your lead foot. Your opponent’s liver should be a large target at this point, so you follow up with a shovel hook to the body.

Here is another effective setup for the shovel hook. It starts with you throwing a few jabs-rear hook combos at your opponent to get them to lower their guard. You then follow up with a rear hook to the head, which makes your opponent think you’ve been trying to set up headshots the entire time.

That’s when you throw a jab-rear hook-shovel hook combo. Your opponent raises their arms to defend against the head punches, exposing their liver to your shovel hook.

10 Of The Flashiest Boxers In History
How To Counter The Shoulder Roll And Philly Shell In Boxing
How To Control The Ring And Set The Pace In Boxing
Here’s Everything You Need To Know About Throwing Double Hooks In Boxing
5 Things You Need To Master To Be An Effective Range Boxer
Taking Time Off Martial Arts Training: How Long Is Too Long?
10 Benefits Of Being A Southpaw In Boxing
5 Reasons Why You Need To Add Shifting To Your Boxing Game
Ten Common Mistakes Boxing Newbies Make