5 Leaping Hook Combinations To Level Up Your Boxing Game 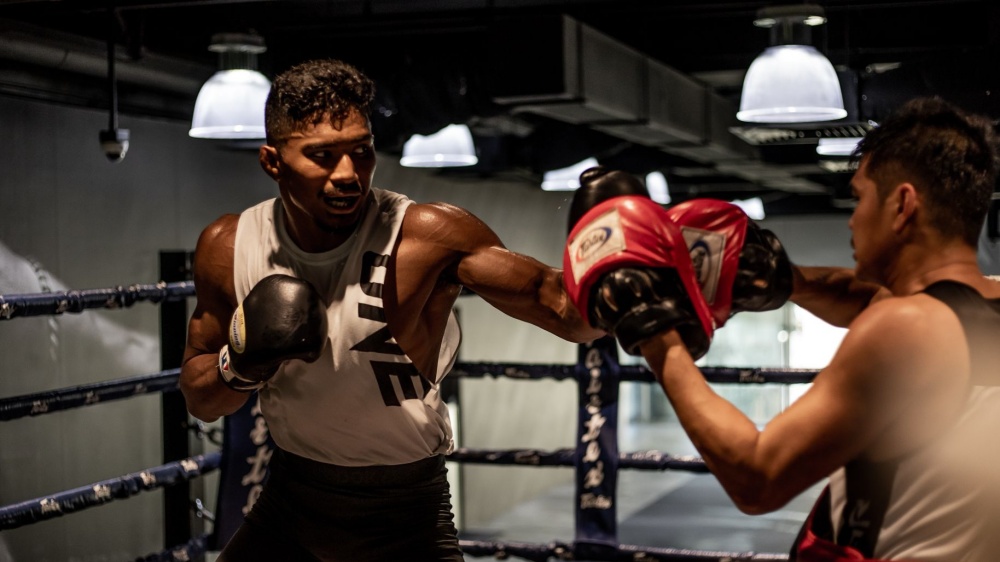 Leaping hooks are one of the weapons you can use to close the distance against an opponent when boxing. A leaping left hook is the easiest to land when you’re fighting in an orthodox stance since it has less distance to cover than a right hook. The reverse is true when you’re fighting out of a southpaw stance.

Once you’ve closed the distance against your opponent with a leaping left hook, you can follow up with more shots to take advantage of the openings you’ve created.

Legendary heavyweight champion Mike Tyson is one of the best to ever do it when it comes to starting combinations with leaping hooks.

Let’s go over the basics of how leaping hooks are thrown before diving into some sweet combinations you can start with them. Here’s how to throw a leaping hook, assuming that you’re starting in an orthodox stance:

A leaping hook is an effective way to reset your stance, cut off the ring, or close the distance on an opponent. The attack lands with enough power to end a fight when done correctly. Leaping hooks are more effective if you’re good at loading and unloading weight off your front leg when boxing.

The effectiveness of Tyson’s leaping left hooks was increased by his peekaboo style that required constantly shifting weight on and off his front foot. Opponents couldn’t tell if he was just going through the motions or getting ready to throw a leaping attack when he shifted his weight to his left foot.

Now that we’ve gone over the basics of how leaping hooks work, let’s take a look at some effective combinations you can add to your arsenal:

1) Leaping Left Hook To A Right

A leaping left hook is a simple way to set up attacks with your right hand. Matter of fact, boxing instructors often teach you to do so since throwing a right keeps you more protected defensively. Your chin naturally goes up, and your posture straightens when throwing a leaping hook. A right cross naturally tucks your chin down while lowering your stance.

This technique does not require any special steps. Simply throw a leaping left hook and immediately follow up with a stiff cross. The hook should put you in position to land the right with devastating power.

2) Leaping Left Hook To The Body To A Left Hook

Throwing the first combination we discussed above also helps to open up this attack. When your opponent expects you to follow up with a right cross, you surprise them with a left hook.

The reverse of this combination is equally as effective. You can throw a leaping hook to the head and immediately follow up with a hook to the body.

This combination is effective in various combat sports like MMA, Muay Thai, and boxing. It’s an effective combination, and it puts you in position to clinch up with your opponent. It’s also an excellent way to catch opponents trying to escape from a corner.

There are a few variations for this attack. You can jump in with two leaping left hooks, throw a leaping hook and follow up with a regular hook, or follow up a hook with a leaping hook.

Your jab can be used to set up most attacks used in boxing, including the leaping hook. The jab forces your opponent to drop their right hand to parry the attack, opening them up for a hook. Leaping into the hook makes it harder for your opponent to evade the attack by leaning back or backpedaling.

Try these boxing combinations on a heavy bag and start using them during your sparring matches to get the timing down. That way, you’ll start throwing these combinations without even thinking about what you’re doing.