How To Clinch In Boxing 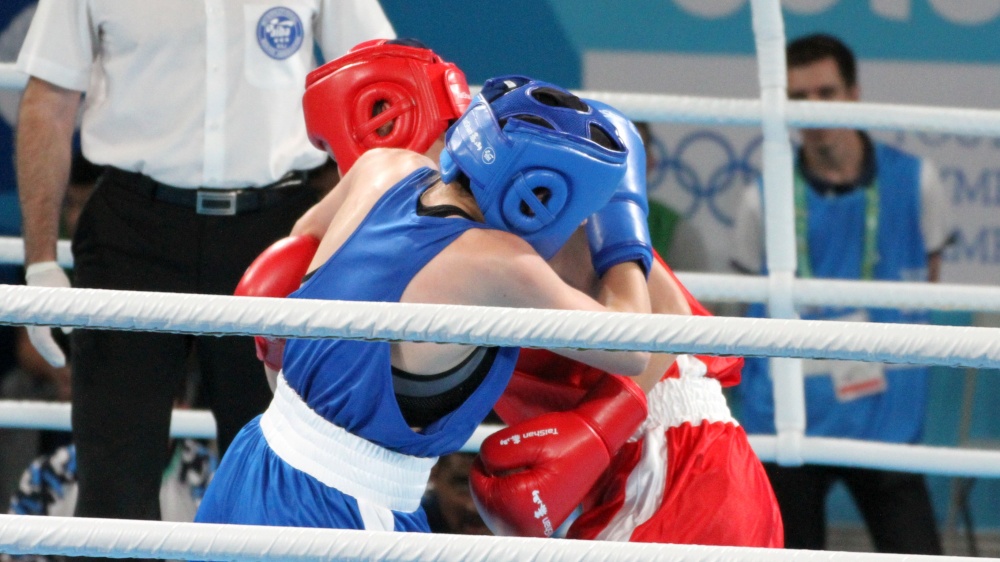 Clinching is one of the most controversial strategies used in boxing. Fans of all-out brawls despise it since it slows down the action, while fans of the intricacies of the sweet science view it as a helpful skill many of the greats use.

People who don’t know anything about boxing might view it as two fighters hugging it out in the middle of a fight.

In boxing, a clinch is a technique in which one boxer leans on an opponent and wraps their arms to prevent them from punching freely. It is typically viewed as a defensive technique, but boxers like Bernard Hopkins also used it as an offensive tool.

Regardless of how you feel about the clinch, it is an integral part of boxing, and you need to understand the position even if you despise using it. The more you train the clinch, the easier it will be for you to clinch when you need to and stop opponents from clinching up with you.

Understanding how the clinch works can be the difference between winning or losing a fight. Marcos Maidana managed to cause Floyd Mayweather more problems than any other fighter during the latter half of Mayweather’s career by smothering him with clinches and working his offense off them.

Some of the ways boxers use the clinch include:

The clinch is a technique you should always use with a purpose. It is an effective way to slow down aggressive fighters and make it harder for them to find their range. Many boxers struggle with the clinch physically and mentally, so they frustrate their opponents by clinching with them whenever they start to find their rhythm. This forces them to reset, making it harder to launch any meaningful offense.

The clinch is also an effective way to neutralize powerful punches. You can clinch up with an opponent right before they start swinging or grab them right in the middle of a combination. Either way, it’s an effective way to force a break in the action for a few seconds, giving you a chance to recover.

When Clinching Becomes A Must

Sometimes clinching just to survive the round is a must. For example, Floyd Mayweather immediately clinched up with Mosley when he was hurt by a massive right hand during the second round of their title showdown. That prevented Mosley from being able to finish him off and becoming the first man to defeat him.

Clinching is an effective way to stop a fighter from pummeling you. You can clinch up with an opponent anywhere in the ring, from the center to the ropes. Clinch properly, and your opponent’s arms should be completely immobilized, forcing the referee to have to step in and break you up. Experienced boxers often squeeze a few extra seconds out of the clinch by pretending not to hear the ref’s request to break up the clinch.

Practicing clinching regularly goes a long way in these situations since you might not have your wits about you. Muscle memory is typically all you have in these moments, so make sure you do the work in the gym, so your body automatically knows what to do.

You can also use the clinch as a tool that allows you to catch your breath when you’re exhausted. You can slow the action in the ring by clinching up with your opponent until you’re ready to increase your offense. It might get you some boos, and the referee might issue you a warning, but it works. Just remember, clinching typically doesn’t win you fights, but it can help to avoid losing.

How To Clinch In Boxing

The main goal of clinching is to tie up your opponent’s hands. You place your forehead on their shoulders and lean into them to force them to carry your weight. This makes the position tiring for the person being clinched while protecting you from their punches.

The key to clinching effectively is to move toward your opponent with a sense of purpose. You don’t want to close the distance timidly since that allows your opponent to push you away. Here’s what proper clinching technique looks like:

Attacking From The Clinch

Punching an opponent while in a clinch is called dirty boxing. As the name implies, this practice is illegal in boxing, but that hasn’t stopped boxers from using it on all levels. Some of the ways boxers use dirty boxing to their advantage include:

Boxers looking to improve their ability to fight in the clinch should consider cross-training in Greco-Roman wrestling. The techniques used won’t directly translate into moves that can be used in boxing, but they will give you a better understanding of the clinch and improve your ability to tire out opponents with it.

What You Need To Know About Being Evasive In Boxing