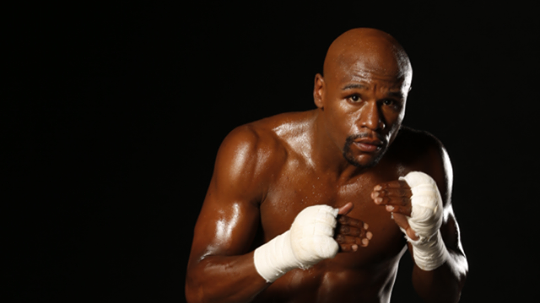 At the highest level of boxing, head movement isn’t just something that’s nice to have, it’s a prerequisite to success. You can’t call yourself a good fighter if you don’t have good head movement.

That is why a lot of emphasis and care is placed on developing head movement. Head movement is one of the most important aspects of boxing on both offense and defense.

The most skilled boxers in history possessed great head movement, and had the ability to weave their way through the line of fire, which contributed to their immense success. Watching them move in the ring was incredible. They could avoid getting hit with punches by the half-inch, as if they could see their opponents attacking in slow motion.

If you’re looking to add more head movement to your game, it’s best to study the most skilled when it comes to this aspect. We’ve compiled a short list of incredible fighters with impeccable head movement who you should aspire to be like. Let’s take a look at some of them.

Nicknamed “Prince Naseem,” Hamed is a British fighter who competed between 1992 and 2002, from bantamweight to featherweight. He is widely regarded as the greatest British featherweight of all time.

Part of what endeared Hamed to legions of fans around the world was his ability to move his head like a cobra. Hamed had freakish athleticism and reflexes, which allowed him to fight unconventionally with his hands down near his waist, and also allowed him to dodge an opponent’s punches by a hair.

Hamed was undefeated most of his career because of his god-given boxing talent. His first and only loss came in 2001 against Mexican legend Marco Antonio Barrera. Barrera used expert timing and relentless aggression to trump Hamed’s incredible movement to win by unanimous decision. “Prince Naseem” retired from professional competition shortly after.

When former three-division world champion James “Lights Out” Toney moved his head, it was as if he was in “The Matrix,” and he could see punches in slow motion, just like Neo moved his head to dodge bullets in the popular movie franchise.

Toney’s ability to anticipate contact and ultimately evade it at the split second was unparalleled.

Toney would goad his opponents into closing the distance. At times, he would even lay on the ropes, inviting his foes in and daring them to attack. He would purposely put himself into precarious situations in the pocket, because he knew he was defensively sound and had the reflexes to keep himself out of danger.

Hall of Fame boxing coach Freddie Roach, who trained legends like Manny Pacquiao and Mike Tyson, referred to Toney as the most talented fighter he has ever handled. Roach believes Toney, had he possessed the discipline and the drive, could have been the greatest of all time.

Four-division world champion Pernell “Sweet Pea” Whitaker was a professional fighter from 1984 to 2001, and is widely regarded as one of the greatest defensive boxers of all time.

Whitaker had the same ability as the first two fighters on this list, which is to move his head just before an opponent’s punch was supposed to land, causing them to miss badly. But “Sweet Pea” didn’t just have great head movement, he also had incredible lateral movement too.

Whitaker moved left and right, dancing circles around his foes, while being a very elusive target. He had impeccable balance and was near-impossible to hit. And when his opponents missed, he made them pay with blistering counters.

It was an absolute joy to watch him perform as opponents tried their best to hit him with anything and fail.

Mexican boxing superstar Saul “Canelo” Alvarez didn’t always move his head the way he does now. Alvarez was no doubt talented, but he used to be a static, one-dimensional fighter.

When he suffered the first and only loss of his career so far to Floyd Mayweather Jr. in 2013, however, Alvarez learned some amazing lessons and transformed himself as a fighter not long after.

Alvarez is different from other fighters who have incredible head movement in the sense that he is, more often than not, an aggressive come-forward fighter. Alvarez likes to come forward and likes to be on the offensive, all while moving his head like a snake, and that takes immense confidence on his part.

Hard to hit but always aggressive and pushing the pace, this is what makes Alvarez such a dangerous fighter.

There’s not a boxing fan on earth who doesn’t know the name Mike Tyson. During the 80’s and early 90’s, Tyson was the sport’s top box office draw. He was known as “Iron Mike” and in his younger days as “Kid Dynamite,” and he was always full of action in the ring.

But beyond the highlight-reel knockouts, the relentless aggression, and the threat of pure violence, Tyson brought with him immense skill and talent, honed by legendary trainer Cus D’Amato.

Tyson wasn’t just an offensive beast. He was also a masterful defensive wizard with tremendous head movement. From his trademark peek-a-boo stance, Tyson bobbed and weaved his way inside of an opponent’s range. He was extremely hard to hit, and he always came back with force.

It was such a joy to watch.

Make no mistake about it, head movement is a major defensive skill. And when we talk about defense, Floyd Mayweather Jr.’s name is nearly synonymous with it.

“Money May” was a master at defense, a wizard who made magic in the ring with his impeccable head movement, commanding ring generalship, and superior fight IQ. Combining these defensive skills, Mayweather had absolutely no equal.

But Mayweather didn’t just move his head like other boxers who were reactive. He actually moved his head to create opportunities to counter. He would bait his opponents into committing to a certain punch, so that he could move his head and come back with a sharp counterattack.

One of Mayweather’s signature moves was the pull counter, where he would entice an opponent to throw the right straight by keeping his hands down. He would make his opponent miss badly by pulling his head back and then countering with a right straight of his own.