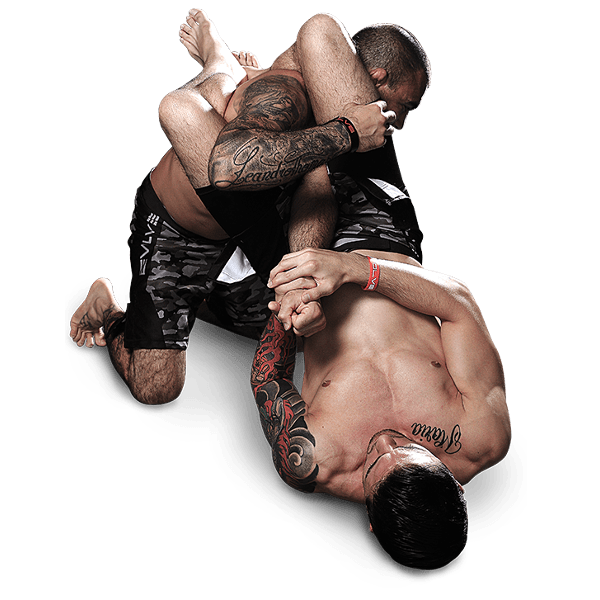 Evolve University has the largest and most decorated team of Brazilian Jiu-Jitsu Black Belts in Asia.

Hailing from Brazil, our team of BJJ Black Belts have competed in thousands of matches, and have won many medals at the highest levels in the world such as the Mundials BJJ World Championship, the Copa do Mundo Championship, the Brazil Nationals, the No-Gi World Championship, and many others. The team of Brazilian Jiu-Jitsu Black Belts at Evolve University® possesses direct, authentic lineage from some of the greatest masters in the world such as Carlos Gracie Jr, Roberto “Gordo” Correa, Renzo Gracie, and many others.

Based on No Gi Brazilian Jiu-Jitsu and other submission arts, Submission Grappling will get you in great shape, testing your strength, endurance, reflexes and technical skills all at once.

Students who enroll in the Submission Grappling for Beginners curriculum at Evolve University will learn basic joint locks and chokeholds, as well as basic takedowns and ground control.

Martial artists who wish to take their grappling techniques to the next level will surely benefit from the Submission Grappling for Martial Artists curriculum at Evolve MMA.

You’ll receive detailed instructions from World Champion Brazilian Jiu-Jitsu instructors from Brazil on how to use various positions, techniques and submissions most commonly used in the sport.

Students at this level are required to know basic to intermediate Brazilian Jiu-Jitsu techniques as well as some basic Wrestling.

Tap on the experience of the largest and most accomplished BJJ instructor team in Asia. You’ll be able to expand your repertoire with advanced to expert level signature grappling techniques from authentic World Champion Brazilian Jiu-Jitsu professors from Brazil that can be applied in the highest levels of competition.

The Submission Grappling for Instructors curriculum at Evolve University expects its students to have an intermediate knowledge of Brazilian Jiu-Jitsu and intermediate level of Wrestling or higher.

Students at this level should have had several years of Brazilian Jiu-Jitsu and Wrestling training as well as some competition experience.

“Evolve is the best in Asia, and quite possibly the world, in terms of world championship instruction.”

“I belong to the Evolve Fight Team because I want to become the best. To succeed, I need the best instructors in the world. Evolve is the best in the world for martial arts.”

“I have trained at Evolve with many of their world champions. Evolve has one of the best teams in the world.”