Secure Your Arm Triangle Choke With Our Guide! 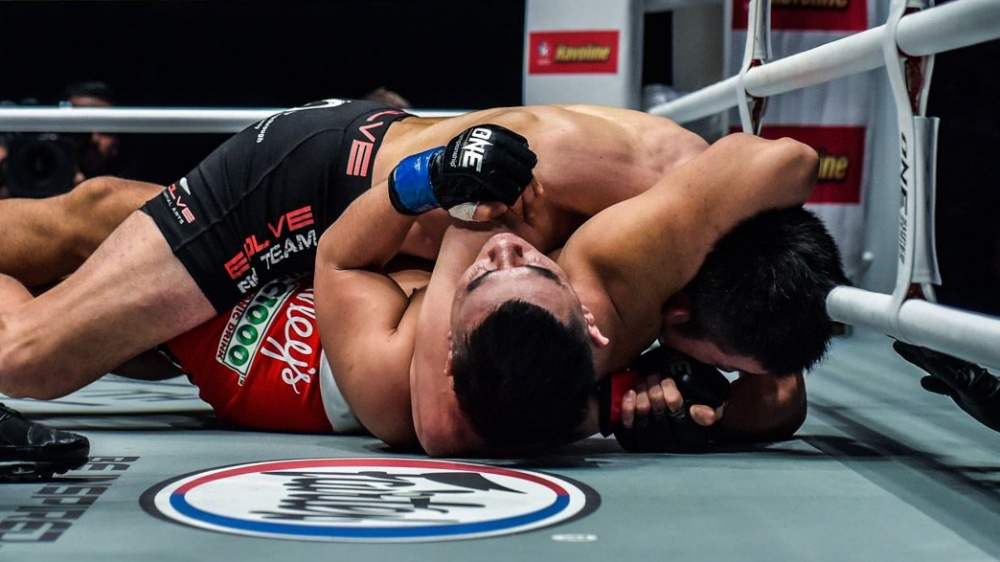 Brazilian Jiu-Jitsu is a martial art that heavily relies on technique to control and finish fights. The best way to submit your opponent is by way of chokes. There are many choking options you can do from various positions; one of these is the reliable arm triangle choke from mount.

The arm triangle choke is a powerful submission usually done from the top position and has the potential to choke out even the biggest and strongest opponent. Today, we’ll talk about its basic entry, control tactics, and finish.

What Is The Arm Triangle Choke?

The arm triangle choke is a submission where you choke someone by using their own arm against them. As the name suggests, it is a variant of the triangle choke in which you block the blood flow to the head, but you use your arms instead of the legs. It is an easy technique to learn and is a staple of many high-level grapplers.

What makes the arm triangle choke such a viable submission is that you apply it from pins like the mount. Working on subduing the opponent may take some work, but being on top makes it a relatively safe technique. If you can’t secure the arm triangle, you can always bail out and restart anytime. The technique can be used in gi, no gi Jiu-Jitsu, and even in mixed martial arts.

The arm triangle choke is especially useful when there’s no gi involved. Since the collar choke is not available, many grapplers use the arm triangle choke as their first submission option from the mount. It is the logical next step once you underhook the opponent’s head. Once you control the head and isolate an arm, it is just a matter of time before you can secure the tap.

Setting Up The Arm Triangle Choke

In this video, multiple-time BJJ world champion Roger Gracie explains the mechanics of the arm triangle choke from the mount. He recommends using the low mount because it takes away space and forces the opponent to stay on the defensive. Hook your arm under their head and isolate an arm by placing their elbow on top of your shoulder. You can do this by leaning back and moving at an angle so that the elbow moves up to your shoulder.

From here, you can use your whole body to force their elbow upwards. Doing this makes the arm incredibly weak, thus making it vulnerable to attacks. Once the arm is up, force it all the way to the opposite shoulder and use the space to move your head underneath the arm. Use your free hand to assist in blocking the isolated arm from coming back down.

Now it’s time to work on the finish. Once your head is near the opponent’s shoulder, straighten your legs and dismount using a windshield wiper motion as you go to the side. Ensure that you stay technical as you do this, as one slight mistake can land you in half guard. Move your body at an angle as you squeeze to finish the choke. You should get the tap if you execute these steps correctly.

The arm triangle choke may be a simple technique to learn, but it has a lot of nuance to it. Many forget that you need to use their arm against their neck to secure the tap. Try to stay as low as possible, and your head should be near their shoulder joint to get maximum leverage.

Another critical detail is to align your body in such a way that you can drop your weight against their neck to add more pressure. Remember that you don’t have to squeeze with all your might to get the tap. Like the regular triangle choke, the arm triangle choke relies on proper leverage and correct body positioning. While you can always add strength to the equation, it should not be the main requirement for this submission.

Aside from the fact that it can be used to tap someone out, the arm triangle choke can also be used to set up other attacks. You can use it in combination with other techniques like the americana and armbar to add a layer of unpredictability to your game.

How To Drill The Arm Triangle Choke

It is best to learn the arm triangle choke on both sides. It is easy enough to hook the head, so make sure you get comfortable using either your left or right arm when doing this. Focus on drilling the part where you have to isolate the arm away from the body. This is where most practitioners bail out because they don’t get it in their first attempt. Understand that your opponent will do whatever it takes to stay compact, so try to remain patient and work on using your structure to move the arm up.

You can drill this by starting in the full mount. Tell your training partner to stay tight as you practice the tips that Roger Gracie mentioned in the video. Once your technique improves, you can then study the common defenses and counters to the arm triangle choke.  As with any new skill, it takes great effort to master this but keep at it, and you’ll surely progress if you stay consistent.

Variants of the triangle choke are some of the most versatile submissions you can do. We talked about the arm triangle choke from the mount as it is the best position to apply the move, but you can also use it even from inferior positions, provided that you isolate the arm and have a good grip on the head.