An Introduction To The BJJ Lasso Guard

The Lasso Guard is a form of open guard that has plenty of offensive and defensive properties in BJJ. Aside from the numerous sweeps and submissions that can be done from this position, you can also use this guard to control the pace of the fight by limiting your opponent’s mobility. It is also not so easily passed as it will take quite a few steps for your opponent to be able to strip your grips and/or untangle your legs.

For the opponent to be able to pass this guard, usually, they must first untangle the lasso guard before they can take control of your legs- a feat not so easily done. If they try to force side mount while the lasso guard is still locked in, plenty of sweeping opportunities will open up for you, making the lasso guard one of the best defensive guards to slow down the pace of the fight. It is also a good position to rest in and recover your energy.

In this article, we will discuss a way to enter the lasso guard from the closed guard, and 3 sweep attacks. One of the best ways to enter into the lasso guard is from closed guard. This can be done to both a passive (stationary) and aggressive (actively trying to open your guard) opponent. At the 2:37 mark of the video, Professor Gamal Hassan discusses the entry into the lasso guard.

• From closed guard, hold both of the sleeves of the opponent and open your guard.
• Place both of your feet on the hips of your opponent, with one leg in the middle of both their arms and the other leg outside and to the side of one arm.
• Do a hip escape towards your outside leg so that you may find an angle to lace your outside leg around their arm.
• Hook your foot behind their shoulder while your shin makes contact with the biceps. Use this lassoed leg to manage your opponent’s distance from your hips.
• You are now in the lasso guard.

The first sweep shown is one of the fundamental attacks from the lasso guard and is usually the first sweep taught for that position.

• From the lasso guard, place the shin of your free leg across the belly of your opponent.
• Grip the lower area of their pants (shin area, above the ankle) with the same side arm as that of your free leg.
• With this adjustment, you are in a position to create momentum for you to be able to load your opponent’s weight onto your legs.
• Bait them to push back into you by pushing into them.
• As they push back against you, quickly pull them in and to your side using your lassoed leg.
• Load their center of gravity all the way to the side of your lassoed leg.
• Complete the sweep by lifting up their leg.
• As their back hits the mat, use their momentum to get up and into the side mount. 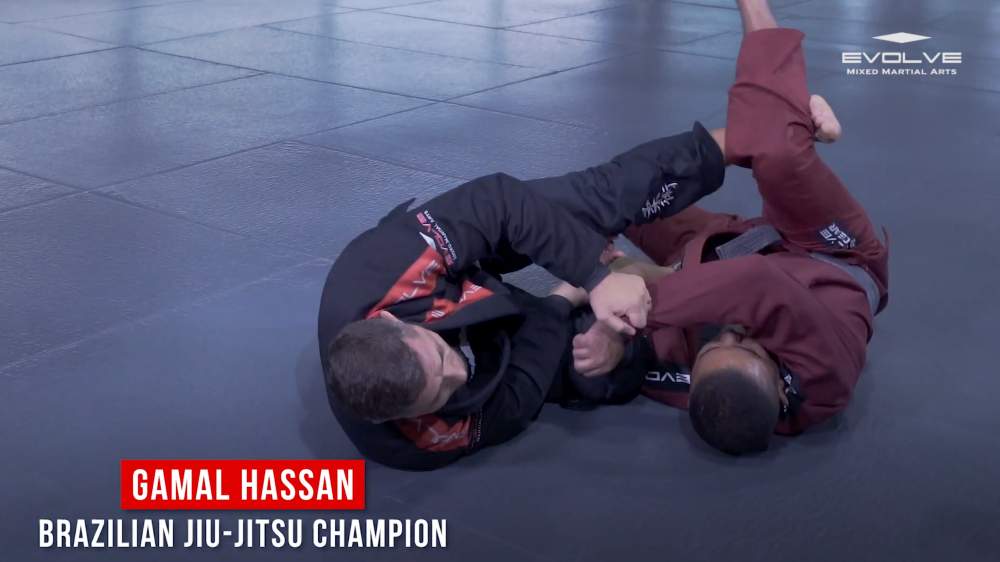 • Start in the same initial lasso position, but with the free leg in between the opponent’s legs (as if in half-guard).
• Use your lassoed leg to bring their center of gravity towards the direction of the lasso.
• Square your hip in to create additional momentum.
• Maintain tight sleeve grips the entire time so you can generate tension on the lassoed arm with your legs.
• Convert your half guard leg into a butterfly/elevator hook and use it to elevate them, as if doing a basic elevator sweep.
• The way to finish the sweep is exactly the same as sweep #1- use their momentum to get up and land in the side mount. 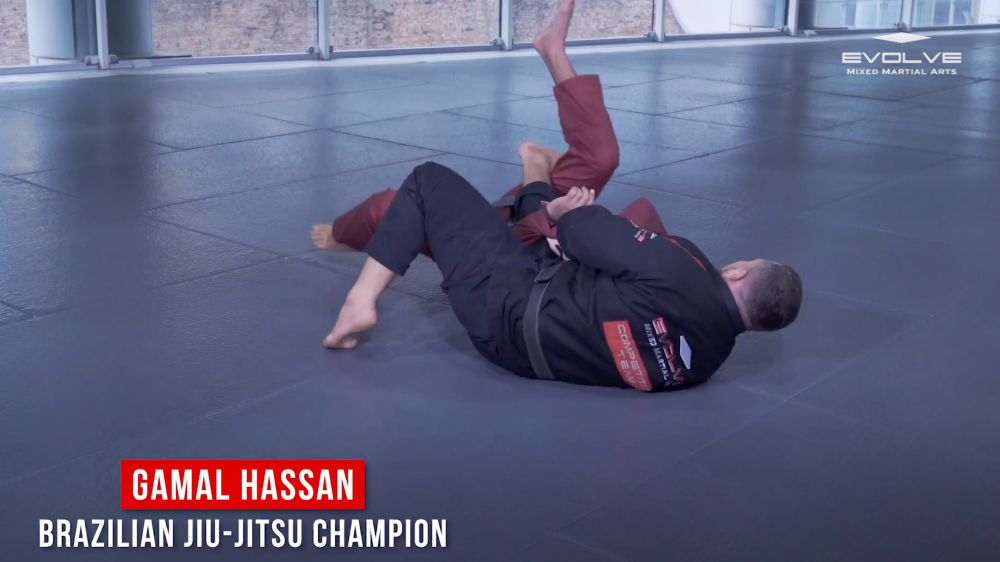 Certain reactions from the opponent will also open up sweeping opportunities. This third sweep is an example of a reactionary sweep. The opponent reacts by posting the leg that is non-adjacent to the lassoed arm.

• While still controlling both sleeves, untangle your lassoed leg and bring it under your opponent’s posted leg, making sure that your ankle is underneath their knee.
• Their center of gravity will be underneath their bent leg and the posted leg will have less weight, square your hips flat by posting your free leg on the floor and using it to mobilize your hips.
• Use your posted leg to generate enough force for your other leg to be able to kick up and elevate your opponent to complete the sweep.
• Do not let go of the double sleeve grip for the entire motion of the technique.
• You will usually finish this in the side mount or half guard position.

Aside from the offensive and defensive properties of the lasso guard, it is also one of the best transitional positions- a bridge between different open guard positions- and can also be combined with other forms of the guard such as the spider guard, and, as seen in sweep #3, the half guard. For all these reasons, the lasso guard is one of the most important positions to learn in BJJ.

How To Get The Most Out Of Your BJJ Sparring Sessions
How To Defend Against The BJJ Berimbolo
How To Drill The BJJ Berimbolo Technique
Is Speed Important In BJJ?
Taking Time Off Martial Arts Training: How Long Is Too Long?
The 5 Most Popular Takedowns Used In BJJ
Get Past Your Opponent With These 4 Essential BJJ Guard Passes
Single Leg Takedown Vs. Double Leg Takedown Debate
Ten Common Mistakes BJJ Newbies Make