5 Ways To Use The Jab In MMA 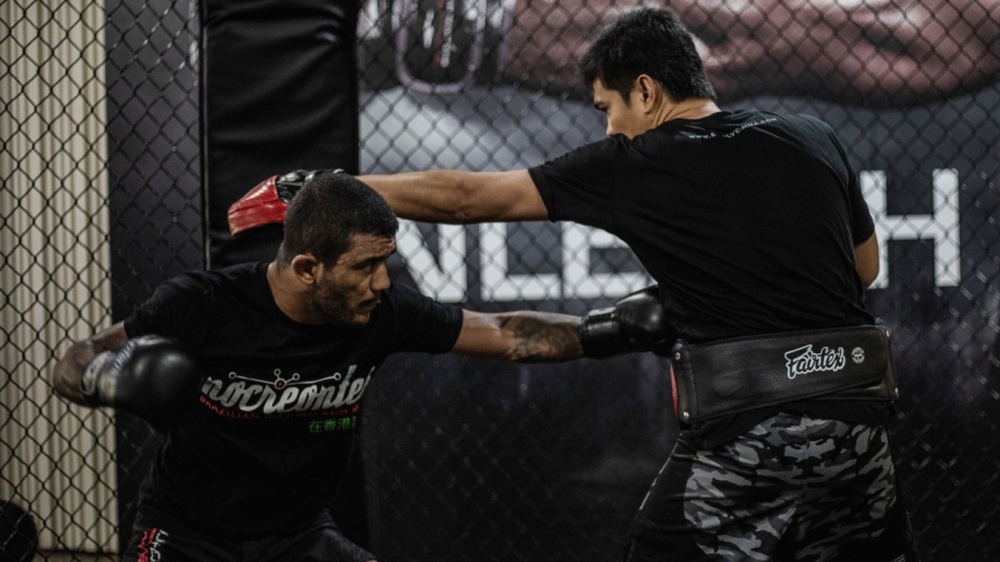 The jab is the most basic strike used in striking arts like boxing, karate, and Muay Thai. It is a straight punch that is thrown from your lead side. It is the farthest-reaching punch in your arsenal, and there are countless ways to throw it.

A jab is also one of the safest strikes you can use in MMA. When executed correctly, your shoulder blades should cover up your jaw while your hand is extended, minimizing opportunities for your opponent to counter.

Still, many fighters often neglect their jabs, opting for more impressive power punches like hooks, overhands, and uppercuts. While a jab doesn’t land with anything close to the power of these techniques, it is one of the most essential tools a mixed martial artist can have in their toolbox.

Many legends of the sport like Georges St. Pierre, Anderson Silva, and Jon Jones are known for their fantastic jabs.

5 practical ways to use your jab in MMA

Perfecting your jab will pay dividends in most of your fights. Here’s how to pave your way to victory inside a cage with your jab:

A fast, stiff jab is a great way to gauge how far an opponent is. Using a jab to determine range in MMA is a bit tricker than it is in boxing since kicks are part of the equation. A poorly executed jab leaves you open to kicks and takedowns in MMA.

Still, landing a light jab lets you know where your opponent is and what attack options are open to you. For example, if you can touch your opponent with a jab, you can also connect with kicks thrown with your back foot. It’s one of the most popular MMA/Muay Thai combinations. A jab, followed by a kick from the opposite side.

2) To accrue damage and score points

You don’t have to land devastating strikes to hurt an opponent. You can break them down by peppering them with lighter punches since their effect accumulates over the course of a fight. Nate and Nick Diaz have been successful inside the cage using that style.

Straight punches like the jab and cross are great for peppering opponents. They are harder to see since there is no wind-up, and they use up less energy.

The jab is the most effortless punch to connect with, so throw it repeatedly even if it doesn’t seem to be effective. It can lead to issues like swelling around your opponent’s eyes or their nose breaking, making it harder for them to breathe. It also scores points on the judges’ scorecards.

To put more power into your jab, use the opposite of your natural fighting stance. Meaning, if you are right-handed, use a southpaw stance, so you’re throwing jabs with your power hand.

A jab doesn’t have to be an offensive move. You can use it to thwart attacks by sticking it in your opponent’s face as they try to start combinations. As we said earlier, straight punches are typically faster than hooks and uppercuts, so throw a jab as soon as you see an opponent winding up for a big shot. In many cases, the jab will reach your opponent before their attack connects.

Anderson Silva’s knockout of Forrest Griffin is an excellent example of using the jab as a defensive tool and its effectiveness.

4) To set up combinations

A jab also serves as a great way to start a combination. It reaches further than any of your punches, and it can serve as a distraction that prevents your opponent from seeing you load up on more significant attacks. You can also double and triple up on your jab to score points and get an opponent to overcommit to defending them.

5) To keep opponents off you

Regardless of how skilled you become as a striker, you won’t win every striking exchange you get into if you’re going against equally well-trained opponents. You’ll need to create exit strategies to get away from unfavorable exchanges before you end up getting caught.

A jab is an effective way to back an opponent up as you circle away from their attacks. You don’t open yourself up much to incoming attacks when throwing them, so you stay covered up while evading.

Using your jab to keep opponents away has its limitations in MMA since kicks are in play. A push kick is another excellent distance management tool you can incorporate with your jab for mixed martial arts.

The different types of jabs

Learn how to execute the different types of jabs since each has its uses. These include:

Here’s What You Need To Know About Throwing Leg Kicks In MMA
Here’s How To Improve Your MMA Takedowns
Three Must-Know BJJ Guards For MMA
8 Most Memorable Spinning Back Knockouts In MMA
5 Attacks From The MMA Half Guard
What Is Sprawl And Brawl In MMA?
7 Unforgettable One-Punch Knockouts In MMA History
Beginner’s Guide To Elbows In MMA
5 Ways To Add Elbows To Your MMA Game