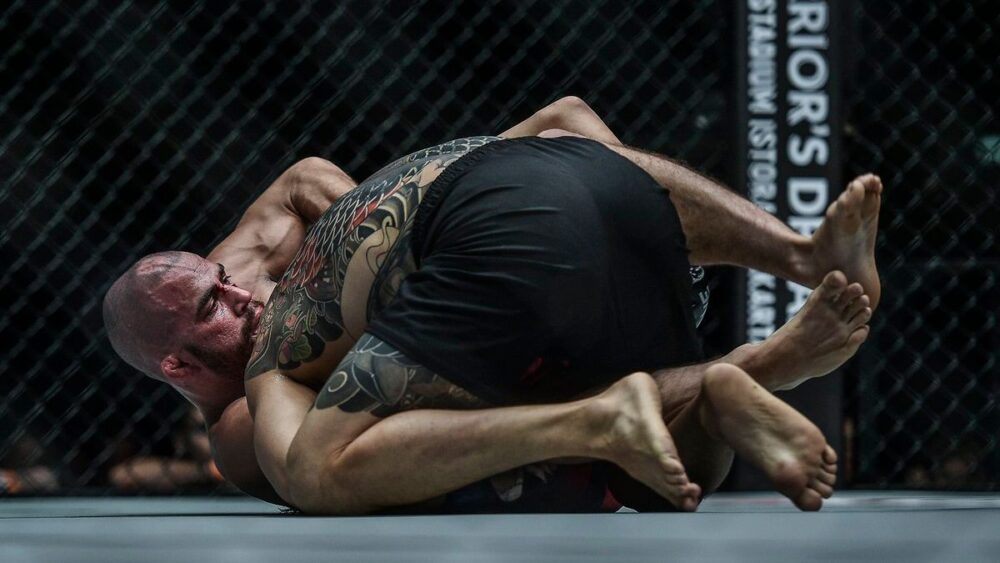 One of the many choking techniques available in Brazilian Jiu-Jitsu is the guillotine choke. When applied properly, it can be a devastating submission. It is a technique where you use your arms as a noose to strangle an opponent.

The basic premise of the guillotine choke is to restrict blood and airflow using your arms. This is an excellent technique to finish opponents of any size. Today we’ll talk about some of the most powerful guillotine choke variations in BJJ.

Learning guillotine chokes are great because of their versatility. A good guillotine is a natural transition point if you play the collar tie and front headlock game. Many wrestlers who transition to BJJ play this way, and it is a nifty trick to do when you want to end matches early.

It is also a terrific counter to common standing attacks like the double leg takedown. So if you like to focus on your standup game, learning a variation or two of the guillotine choke will add another weapon to your overall arsenal.

Another benefit of the guillotine choke is that it is a high percentage submission if done correctly. This is one of those submissions where you must know exactly what you’re doing; otherwise, you’ll get in a bad spot. It is important to note that the guillotine is submission and not just a headlock. You must be able to find the sweet spot on the neck to effectively choke someone out.

That said, here are some of the best guillotine chokes to add to your game:

Your road to guillotine choke mastery starts with the basic guillotine choke. This submission has been a staple move for decades. It is a relatively easy technique to do and has a ton of fight-ending potential.

In this video, BJJ World Champion and ONE Superstar Leandro “Brodinho” Issa from the EVOLVE Fight Team demonstrates how to perform the technique.

The first step to the guillotine choke is to lower your opponent’s head relative to yours. You can do this by doing a basic snap-down. Wrap your strangle arm around the neck and use your support arm to grab your wrist. Squeeze your elbow in a twisting motion to lock the head and sit down to go back to guard. Lastly, bring your elbow towards your hip and squeeze tight.

The high elbow guillotine (aka the marcelotine) is a devastating attack usually done in transitions. It is one of Marcelo Garcia’s trademark moves and has been used by countless grapplers ever since. The main strength of the high elbow guillotine is its crushing power once the submission is applied. The raised elbow acts as a blocking mechanism that prevents stacks or roll counters from occurring.

John Danaher explains the science behind the high elbow guillotine in this video. He says that one of the critical details of the submission is that your support hand should occupy the area between the opponent’s shoulder and neck.

The arm-in variation is a favorite of John Danaher’s professor, BJJ legend and former MMA fighter Renzo Gracie. The arm-in guillotine is an often misunderstood technique. Many grapplers stray away from the arm-in version because they think it is a low percentage move, specifically if the opponent is wide or has a short torso.

This is far from the truth, however. The arm-in guillotine is a very good submission, provided that you understand its finer mechanics. This video explains Renzo’s secret details on the technique.

It is important to turn your body slightly as you make your grips. Doing so removes the slack and makes the hold tight from the start. Remember to always keep your strangle arm as high as possible to block opportunities for escape. Sit back to guard, arch slightly at an angle as you pull your strangle elbow close. If you do these steps correctly, you should be able to choke even the strongest person in the gym and in competition.

Is Choosing One Variation Enough?

These guillotine variations are battle-tested and will indeed work if you put enough hours into drilling. We suggest starting with the basic version because it has the least amount of steps and is applicable in many positions. You can then move to the high elbow and arm-in once you become more comfortable.

Remember that these techniques are situation-based, meaning that if your opponent’s arm is inside your guillotine grip, it is best to go with the arm-in variation instead of the basic or high elbow ones.

So to answer the question, it is a good idea to know at least two to three variations of guillotine so that you’ll be more dynamic in your approach. Take time to understand the subtle differences in the techniques, always look at how your body is positioned, and don’t force the tap by using your strength. Drill all the entries, grips, and finishes with your training partners, and ask for feedback from your instructor as you do them. This is the key to becoming a guillotine master.